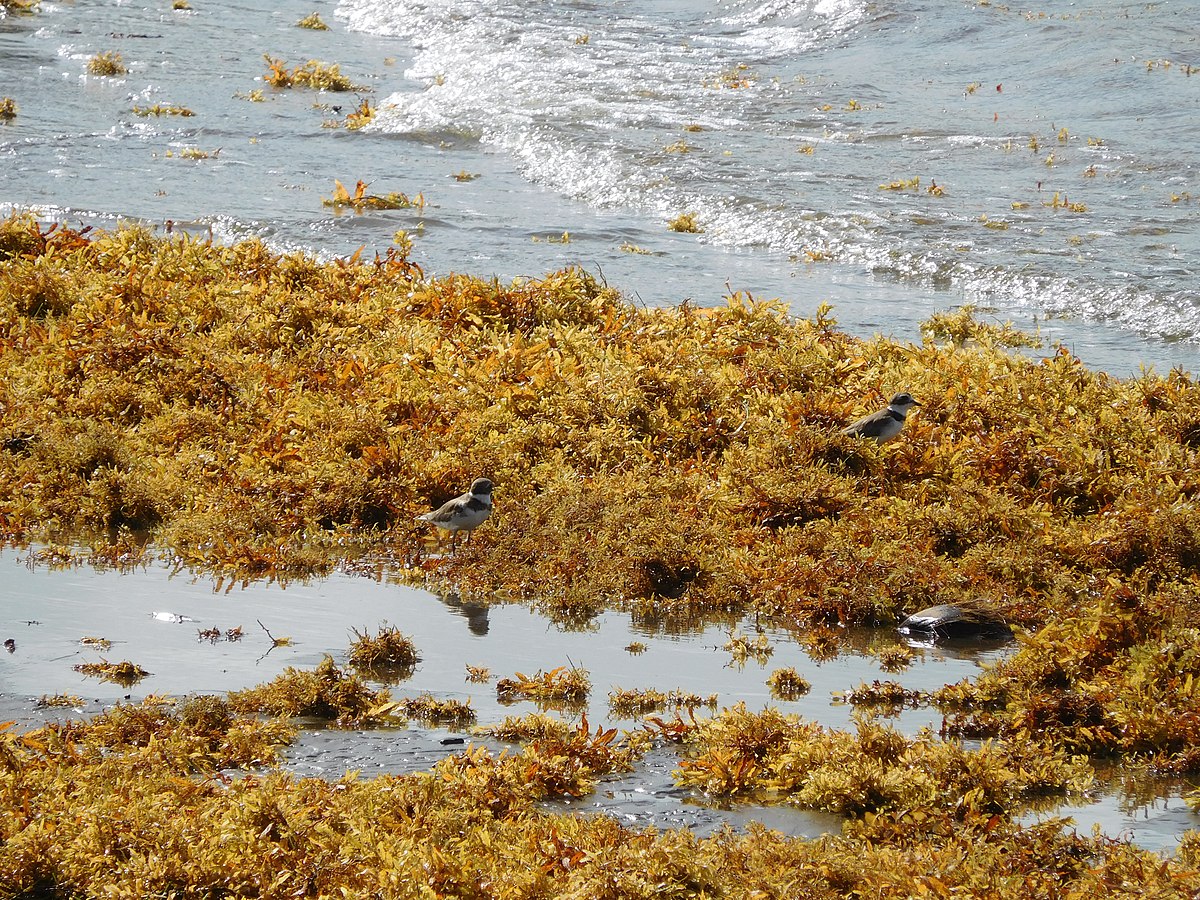 An unprecedented amount of Sargassum that invaded the North Sound on Saturday is presenting a significant challenge for the Cayman Islands as the country tries to rebuild its tourism business two and a half years after the COVID-19 pandemic closed its borders. However, it is also a major environmental threat.

Staff from the Department of Environment and the premier’s Ministry of Sustainability and Climate Resiliency will be meeting today (Monday) to discuss options to remove this dense brown seaweed, which floats on the surface of the water and is now posing a major problem that will likely be costly to solve.

The amount of Sargassum in 2022 is blowing away the previous record set in 2018. Scientists studying the great Atlantic Sargassum patch said there is approximately 24.2 million tonnes now floating across the Atlantic and the Caribbean. Along Grand Cayman’s North Coast, it is not just causing an unsightly malodorous mess but is killing fish and everything else in the ocean under the dense mat of vegetation. As it pushes inland, it is now threatening the mangroves and fish nurseries.

According to researchers from Florida Atlantic University, this year’s bloom in the Atlantic is primarily caused by the runoff of fertiliser and nutrients. Seasonal Sargassum is getting worse in the tropical Atlantic because of increasing nitrogen and phosphorus from discharges in the Congo, Amazon and Mississippi rivers, atmospheric deposition from Saharan dust, and the burning of vegetation in Central and South Africa.

This has created apocalyptic scenes on coastlines around the region. Ths Sargassum has been washing up on Cayman’s coastline for several months now, but the arrival of the massive amount in the North Sound this weekend has truly shocked people.

Troy Leacock, a local watersports operator and CITA vice president who makes his living on the North Sound, said that the incursion of the Sargassum into the North Sound presents an extreme challenge for Cayman because it has nowhere to go once it enters that body of water, creating a deadly carpet for sea life.

“Of course this is terrible for tourism and a major challenge to those of us operating boats in the North Sound, but it is also a serious threat to the marine environment, given the density of the influx which happened almost overnight,” Leacock said. He added that because of the risk this poses to marine life, including the mangroves, and the likelihood that the situation will get even worse, there needs to be a long-term strategy in the Cayman Islands to remove the Sargassum before it reaches the land.