Caribbean
Protect Our Future protest to save the mangroves 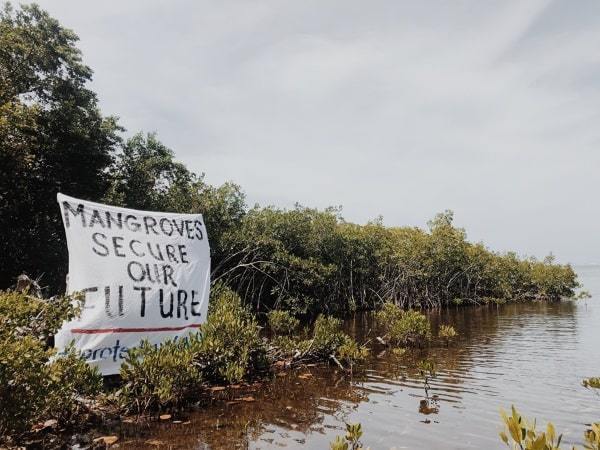 Cayman’s mangroves now have official legal protection, which should, finally, prevent these dwindling yet critically important species from being removed by developers without consequence. On Monday, the National Conservation Council gazetted the adoption of a Species Conservation Plan, which formalises mangrove protection in law and outlines the very strict conditions under which they can be removed.

Conservationists have warned about the dangers of mangrove clearance for years. More recently, there has been an increase in the number of development sites where a significant swathe of mangroves was cleared before planning permission was obtained. This meant that the Department of Environment was not given the opportunity to advise either against any removal or how it should be done to mitigate negative impact, raising concerns for the scientists at the department.

Mangroves provide protection to developments from flooding and coastal erosion and are very difficult to replenish but have, nevertheless, been removed with alarming frequency in recent years. In many cases it appears developers are either unaware or simply do not care about the importance of mangroves or how they would benefit the proposed projects.

Just last month, the Central Planning Authority considered and granted an application for after-the-fact land clearance in Prospect. Several acres of mangroves, which were part of an important drainage system, were removed so a developer could dump soil and store materials to support a nearby condominium development.