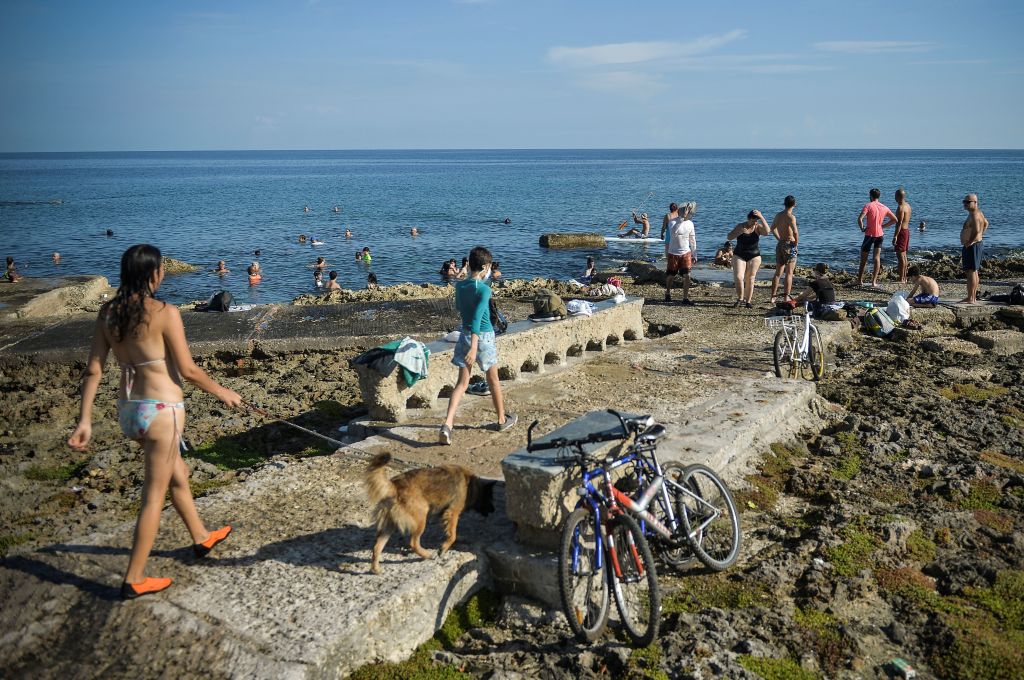 Carrib - Cuba Shows How to Take Action on Climate Change

Cuba, a small island besieged by the United States, is taking concrete measures to reorient its economy in the fight against climate change. It’s an example that the whole world should take seriously.

Cuba may be responsible for only 0.08 percent of global CO2 emissions, but this Caribbean island is disproportionately hard-hit by the effects of climate change. The frequency and severity of extreme weather events — hurricanes, drought, torrential rain, flooding — is increasing, to the detriment of ecosystems, food production, and public health. Without action to protect the coastline from rising sea levels, up to 10 percent of Cuban territory could be submerged by the end of the century. This risks wiping out coastal towns, polluting water supplies, destroying agricultural lands, ruining tourist beaches, and forcing one million people to relocate — some 9 percent of the population.

But unlike in many countries, where climate action is always something promised for the future, in Cuba, serious action is being taken now. Between 2006 and 2020, several international reports identified the island nation as the world leader in sustainable development. And in spring 2017, the Cuban government approved Tarea Vida (“Life Task”), its long-term plan to confront climate change. The plan identifies at-risk populations and regions, formulating a hierarchy of “strategic areas” and “tasks” in which climate scientists, ecologists, and social scientists work alongside local communities, specialists, and authorities to respond to specific threats. To be progressively implemented in stages from 2017 to the year 2100, Tarea Vida also incorporates mitigation actions like the shift to renewable energy sources and legal enforcement of environmental protections.

In summer 2021, I went to Cuba to learn about Tarea Vida and produce a documentary to be shown during the COP26 international climate change conference in Glasgow. My visit coincided with a surge in COVID-19 cases on the island, and the public health measures imposed to reduce contagion, as well as the July 11 protests. Despite these conditions, we moved freely throughout Havana interviewing climate and social scientists, policymakers, leaders of Cuba’s Civil Defense, people in the street, and communities vulnerable to climate change.

On Havana’s Santa Fe coastline, I came across a fisherman living with his family among abandoned buildings. He described how, when the water floods the ground floor, their home is like a ship at sea. Despite the threat, they intend to stay: “This house can be reduced to one block; I’m not moving,” he said. The first “task” in Tarea Vida includes protecting these vulnerable communities through relocating households or entire settlements. The Cuban state pays for relocation, including the construction of new homes, social services, and public infrastructure. However, it is not mandatory, meaning that these residents must be involved in the decision-making and construction process. There are also examples of communities proposing their own adaptation strategies, enabling them to remain on the coast.

Centuries of colonial and then imperialist exploitation and the imposition of the agro-export model led to chronic deforestation and soil erosion in Cuba.

Tarea Vida is the culmination of decades of environmental protection regulation, the promotion of sustainable development and scientific investigation. Within Cuba, it is conceived of as a new basis for development, part of a cultural change and a broader process of decentralization of responsibilities, powers, and budgets to local communities. Here, we see that environmental considerations are integral to Cuba’s national development strategy, rather than just a side concern. Tarea Vida is also driven by necessity; climate change is already impacting life on the island. “Today in Cuba, the country’s climate is undergoing a complete transition from a humid tropical climate toward a subhumid climate, in which the patterns of rain, availability of water, soil conditions, and temperatures will be different,” explains Orlando Rey Santos, a ministerial adviser who led Cuba’s delegation to COP26. “We will have to feed ourselves differently, build differently, dress differently. It is very complex.”