Caribbean
Sandbags were placed in front of the South Bay Beach Club to try to keep the sea from encroaching on the eroding sandy beach in November 2019. - Photo: Courtesy of DoE 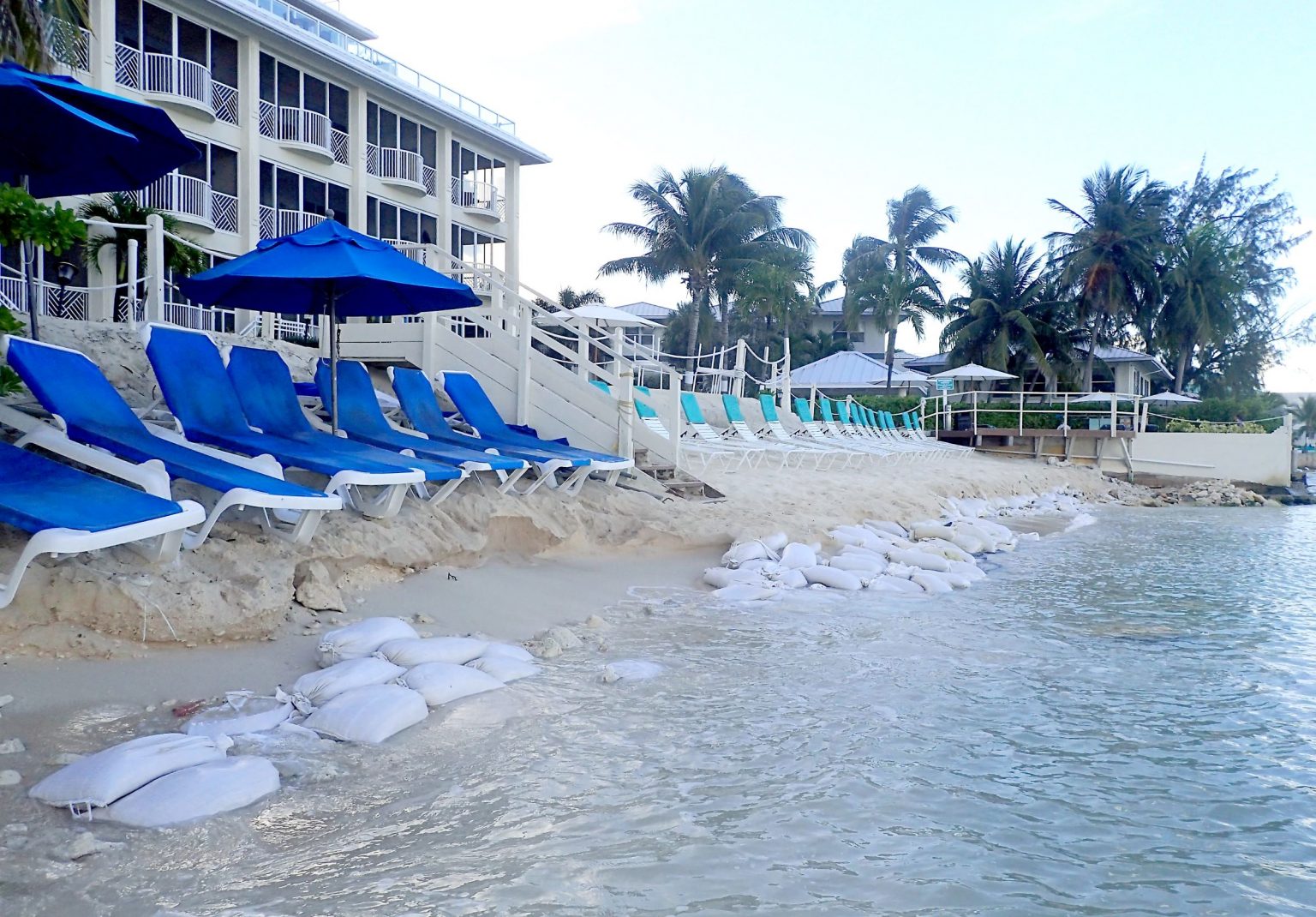 A $1.25 million government-led ‘beach nourishment’ project has been proposed to counter erosion at the southern end of Seven Mile Beach.

The proposal, endorsed by the Department of Environment, has been suggested as an alternative to a project put forward by the Grand Cayman Marriott Beach Resort to rebuild its disappearing beach. The hotelier says it is losing millions of dollars in revenue because seasonal erosion reduces its beachfront to a sliver of sand.

The DoE and its consultants Olsen Associates dismissed the Marriott’s complex proposal, which involved a system of sand-filled mattresses and ‘geotubes’, as unsightly and unworkable and has urged Cabinet to reject it.

Instead, they advise a beach-nourishment programme along a 1,000-foot stretch of coastline fronting the Marriott, Tamarind Bay, Regal Beach Club and South Bay Beach Club.
Wendy Johnston, of the DoE’s technical review committee, said this measure would involve depositing a large amount of sand – around 12,000 cubic yards – along the shoreline.

She said it was a “short-to-medium-term” solution that should restore a viable beach in the area. But she warned erosion on this scale is a consequence of development too close to the shoreline and is likely to get worse as sea-level rise impacts Grand Cayman in the coming decades.