Caribbean
The Department of Environment says there is zero feet between this structure on Boggy Sand Road and the mean high water mark due to beach erosion caused by the sea wall. Planning regulations call for minimum setback of 75 feet from the high water mark. - Photo: Norma Connolly 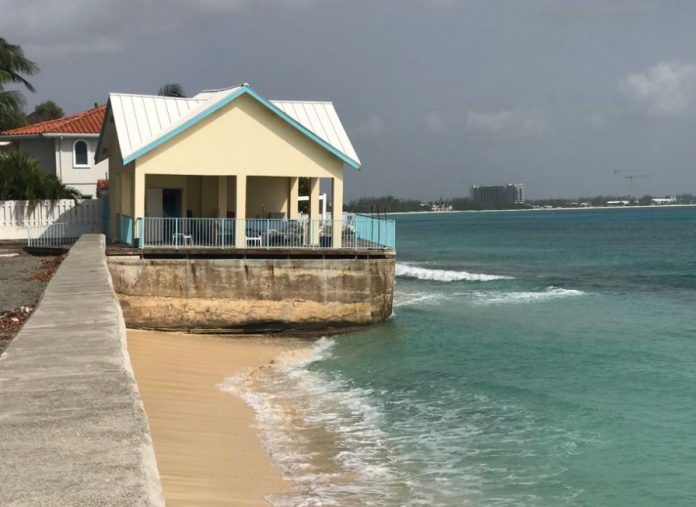 The Department of Environment is directing the Central Planning Authority to reject plans for the demolition and replacement of a cabana and seawall on Boggy Sand Road in West Bay.

The CPA is scheduled to hear the application on Wednesday, 1 Sept.

Earlier this year, the planning authority rejected an application to build a three-storey dwelling at the location, after the DoE recommended the rejection.

Now, the owners, Cayman Property Investments Ltd., have submitted a planning application to demolish the existing single-storey cabana and replace it with a two-storey cabana, and to construct a replacement sea wall inside the existing compromised sea wall, which will then be demolished.

In its submission in response to the planning application, the DoE outlined several problems with the development.

The DoE, in response to the application, stated that, despite sand being deposited on beach following some recent storms, “under normal circumstances, the beach in this location ceases to exist and this has been the case for at least the past 5 years, and it is only under quite unique storm conditions that sand is deposited on this shoreline”.

With no beach present, the high water mark effectively is at the seawall itself.