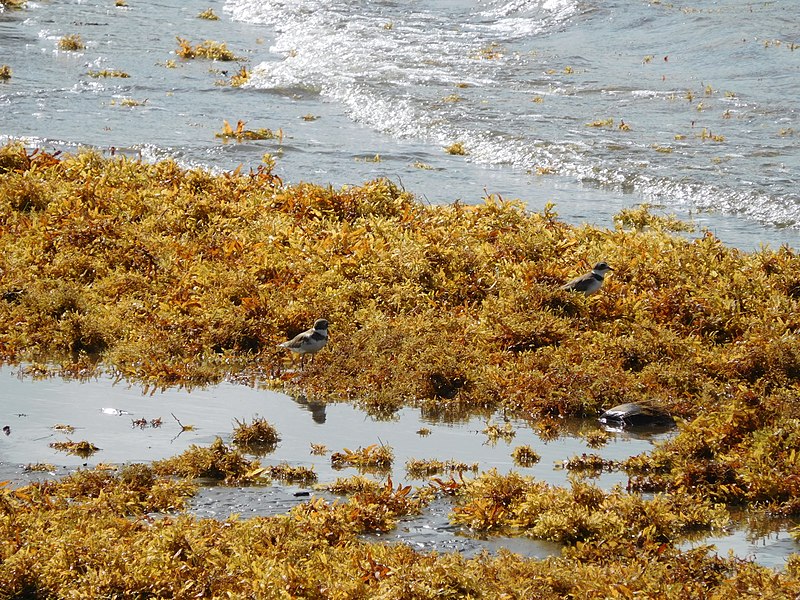 A decade after the first sargassum blooms were spotted in the South Atlantic, these massive brown mats of macro-algae represent one of the largest ecological threats to the Caribbean, a mega-diverse region whose tens of millions of inhabitants heavily depend on tourism and natural resources.

Now 2021 looks like it will be particularly bad, scientists predict. The floating sargassum bloom has shown accelerated growth since December, according to satellite monitoring reports carried out by the University of South Florida and NASA.

“The crisis is coming again for the Caribbean coasts,” warns Alejandro Bravo Quesada, specialist in marine oceanography and the director of Ocean Solutions Mexico. Meanwhile, the suspected causes of this sargassum surge - including deforestation and increased fertilizer use in the Amazon region, along with climate change - are continuing unabated.

The latest reports show the amount of sargassum in the sea went from 3.2 million tons in December to 4.6 million tons in February - four times more than reported in February 2020. The monitoring reports indicate this is comparable to the record amounts seen in 2018 and 2019, when the brown sargassum tide transformed the Caribbean coasts of turquoise waters and white sands.

“The sargassum phenomenon has begun to show some behavior patterns since we started to observe it more carefully, in 2015,” said Bravo Quezada, who advises the Mexican state government of Quintana Roo about this phenomenon. “The blooming season begins early in the year and has its highest peaks in the summer, showing a significant decline in the winter. We see that it has annual periods of greater intensity, then less and then it rises again. These patterns indicate that most likely this year we will have large quantities.”