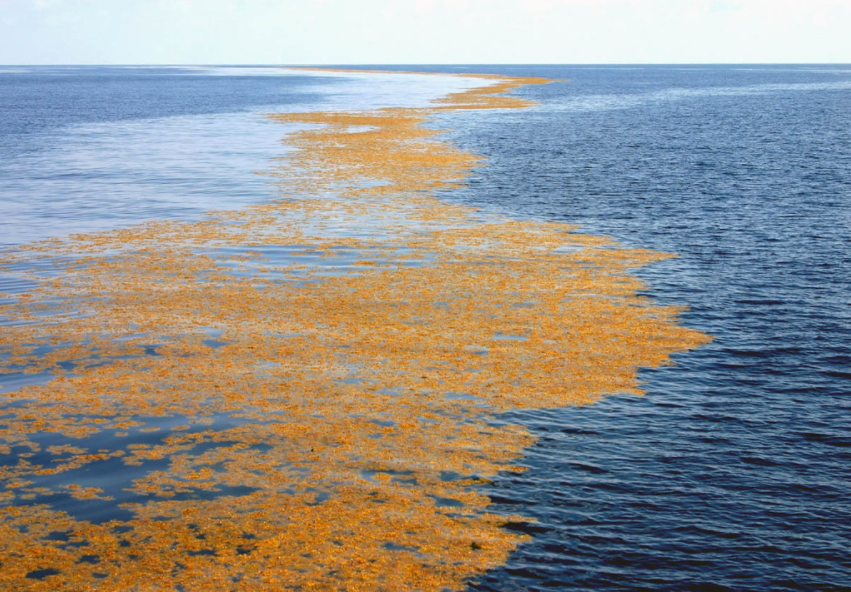 Sargassum beaching events may be a new normal in the Caribbean Sea.

The nearshore meadows of sea turtle grass and manatee grass were the first to perish. In 2015, a vast quantity of Sargassum seaweed inundated the Caribbean coast of Mexico, depleting the water of oxygen near the shore as it decomposed. A die-off ensued, transforming thriving marine habitats into murky dead zones.

“The first thing we saw was the mortality of seagrass beds close to the beach,” said Rosa Rodríguez-Martínez, a marine biologist and coral specialist at the Universidad Nacional Autónoma de México.

“In some areas, soft corals and sponges, and other types of animals and plants that are typical of reefs, we observed them dying too,” Rodríguez-Martínez explained. “Then, in 2018, we received even more Sargassum ... and we began to see the mortality of motile fauna such as fish and crustaceans and echinoderms and some octopuses and other molluscs, all along the Mexican Caribbean coast.”

According to surveys of the touristic zones of Quintana Roo, at least 78 species of fauna were impacted by the event. Hypoxic (low oxygen) conditions combined with toxic levels of ammonia and hydrogen sulphide are thought to have been the cause.