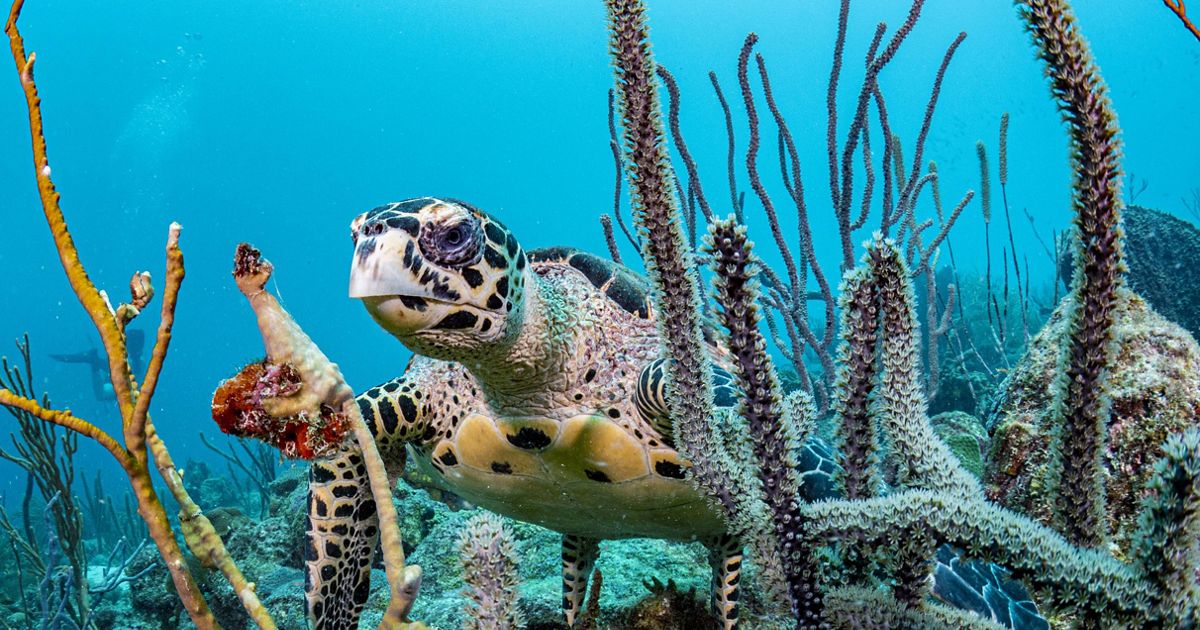 The deal will unlock approximately $50M to support environmental and sustainable development actions.

Today, The Nature Conservancy (TNC), the world’s leading conservation organization, announced an innovative financial deal that will enable the Government of Barbados to redirect a portion of its sovereign debt service into marine conservation funding in support of the nation’s commitment to conserve approximately 30% of its ocean and sustainably develop its blue economy.

This project is the most recent in TNC’s “Blue Bonds for Ocean Conservation" strategy, an ambitious plan to drastically scale up ocean conservation around the world. Barbados is the third country to partner with TNC on a Blue Bonds project, after the Seychelles and Belize. The Blue Bonds for Ocean Conservation strategy is an innovative approach to work with governments on refinancing a portion of their sovereign debt, securing long-term sustainable financing for large-scale protection and management of valuable natural resources that lives and livelihoods rely on. The Blue Bonds strategy combines conservation finance with TNC’s science and marine planning expertise to help governments unlock funds at a scale that delivers against their conservation goals while also supporting the well-being of their communities and economies. The strategy is aligned with global goals to protect 30% of the world’s ocean, lands and freshwater by 2030.

Despite the ocean contributing an estimated $3 trillion per year to global GDP, marine conservation continues to be the least funded of the United Nations' sustainable development goals—a missed economic, climate and biodiversity opportunity.

“This climate crisis is one that requires the urgent action of all. While we continue to push and wait on the international community at large to treat this situation as a matter of priority, we in Barbados have taken action of our own to combat its damaging effects,” said Barbadian Prime Minister Mia Mottley. “With the help of The Nature Conservancy and the Inter-American Development Bank, this Blue Bonds project will allow Barbados to secure and protect our marine environment and also help us expand our Blue Economy, both of which are of critical importance to our people and our very way of life. Through this innovative debt conversion project, our Government will commit to protecting and effectively managing up to 30% of Barbados’ waters. In short, this is a game changer."

Funding marine conservation and climate change adaptation activities is a challenge for most countries, and especially for Small Island Developing States (SIDS)—or “Large Ocean States”—like Barbados, which relies heavily on marine resources. Barbados’ high debt burden had stifled the country’s efforts to invest in essential conservation and climate change adaptation activities that would allow its nature-based economy to thrive. The effects of COVID-19 on Barbados’ tourism-led economy were devastating. Further degradation of the country’s valuable marine and coastal environments due to severe storms—like Hurricane Elsa and another catastrophic "freak storm" in 2021—is likely to hamper the small island nation’s economy and coastal resilience. Barbados was determined to find new funding and capacity to enforce environmental laws and commitments and to expand protected areas.

“We believe that innovative debt transactions coupled with science and marine planning, like our Blue Bonds for Ocean Conservation strategy, can achieve protection and improved management of more than 4 million square kilometers of the planet’s ocean—a 15% increase in the current amount of global marine protection,” said Jennifer Morris, CEO, The Nature Conservancy. “The Nature Conservancy pioneered this kind of approach in the marine space, and it is proving to be a powerful way to help governments achieve their conservation goals while supporting their economies and boosting resilience to the climate crisis.”

Through a new co-guarantee structure with a $50 million guarantee from TNC alongside a $100 million guarantee from the Inter-American Development Bank (IDB), Barbados completed a $150 million debt conversion that will facilitate the expansion of the country’s marine protected areas from virtually zero to approximately 30% and improve management for all marine waters within its jurisdiction. This project is expected to free up approximately $50 million to support environmental and sustainable development actions in Barbados over the next 15 years, making both the country and the livelihoods of its people more resilient in the face of climate change.

IDB President Mauricio Claver-Carone said, “The IDB has been Barbados’ long-standing partner for its ambitious climate and biodiversity agenda. Our catalytic role in this transaction demonstrates our commitment at the IDB to offer innovative financial instruments and technical advisory that increase the resilience of the region. With our expertise in international green financing, the IDB is ready to mobilize additional funds to increase resources for countries to enhance their ambition, and we remain at their side to support their efforts.”

At the heart of a Blue Bonds project is a deal: A coastal or island nation commits to protecting approximately 30% or more of its ocean territory, including coral reefs, mangroves, fish spawning sites and other important ocean habitats and species as determined from the completion of a holistic, participatory marine spatial planning process that uses the best available science for decision making. In support of that commitment, TNC works with the government and partners to allow governments to repurchase debt (often at a discount) and refinance it with more favorable interest rates and repayment terms. The resulting savings are then used to support new, planned and ongoing conservation work.

In the case of Barbados, the country worked with Credit Suisse, who acted as Global Lead Arranger, and CIBC FirstCaribbean, as Domestic Lead Arranger, to raise approximately $150 million through a dual currency term loan facility. This Blue Loan, which was partially funded via the issuance of Blue Bonds in the capital markets, funded the buyback of a portion of Barbados’ existing debt. With TNC and IDB each providing repayment guarantees on Barbados’ behalf, the new financing features a lower interest rate than the old debt, and 100% of the resulting cost savings will be channeled into marine conservation.

Using our scientific expertise, TNC has committed its support toward the completion of a participatory marine spatial plan (MSP) that will be led by the government and contribute to ongoing monitoring and effective management of the resulting protected areas.

Experience has proved that these debt conversions work: TNC’s 2016 project with the Republic of Seychelles allowed the country to devote $430,000 per year to marine conservation, resulting in the protection of 410,000km2 of ocean—an area equivalent to twice the size of Great Britain—as of 2020. In late 2021, TNC worked with Belize on a similar transaction in support of the country’s commitment to protect 30% of its ocean.

What This Means for Barbados

Healthy marine environments are crucial for Barbados, whose national economy relies heavily on tourism. Barbados’ ocean is 430 times the size of its land area, and the sustainable development of the country’s Blue Economy is a top priority for the government. The tourism industry, which was heavily impacted by the COVID-19 crisis, contributes more than 40% of the nation’s GDP and is responsible for roughly 40% of the country’s total employment.

Barbados’ coastal and marine resources face intense pressure from factors including overfishing, coastal overdevelopment, siltation, and pollution from sewage and runoff. Climate change compounds localized issues and has resulted in land loss, beach erosion and damage to reefs. Barbados is home to extensive coral reef ecosystems and is an important nesting site for critically endangered hawksbill and leatherback sea turtles.