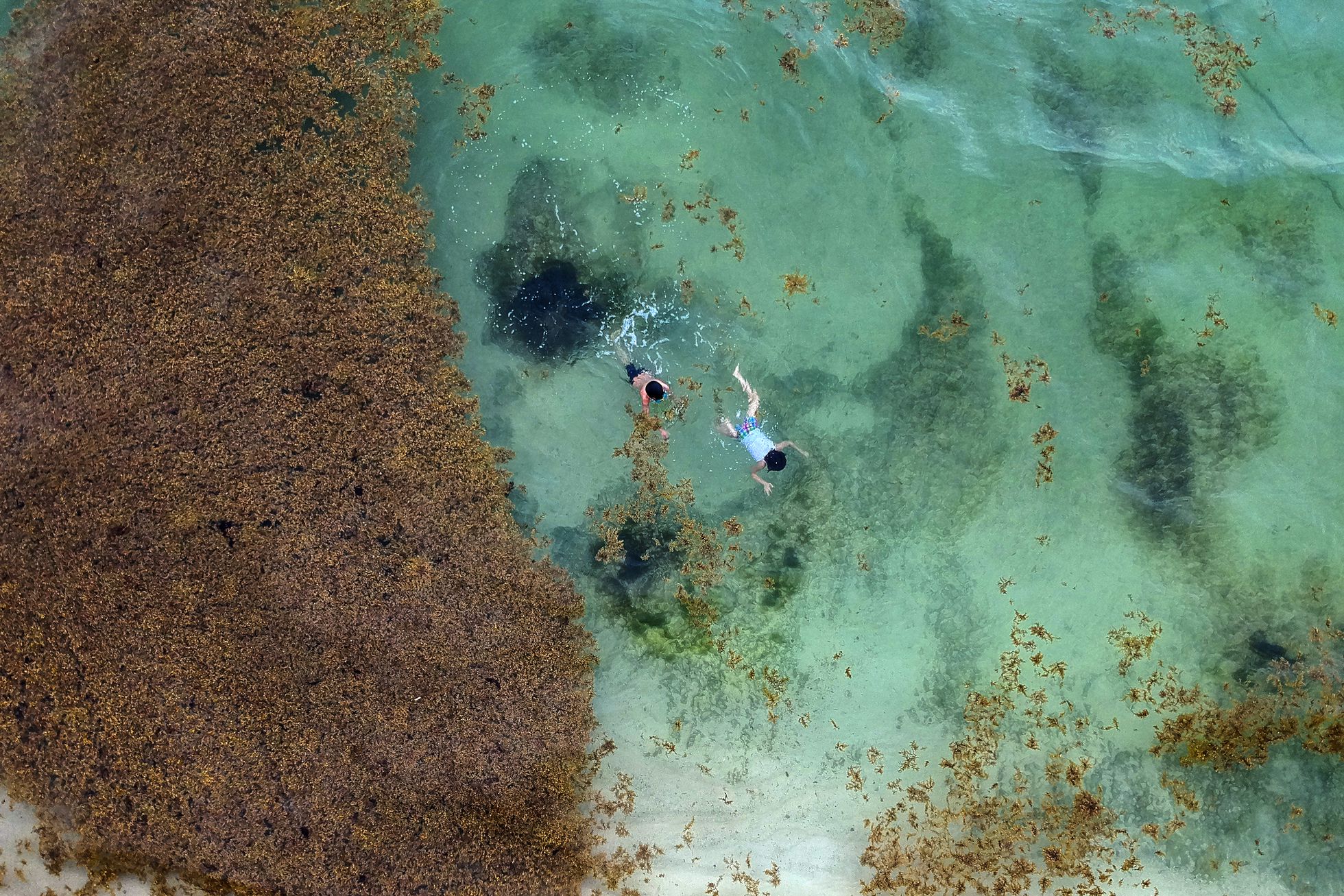 Carib - Sargassum, the brown tide that is invading the Caribbean, ‘will take a turn for the worse’

More than six centuries ago, the first European expeditions that crossed the Atlantic to reach the American continent sighted a phenomenon known as sargassum. While documenting it, some of those explorers feared that their ships would get stuck in that brown tide. Now, in the last decade, sargassum has been invading the Caribbean coasts, destroying its ecosystem and becoming a threat to the tourism sector.

It all began in the summer of 2011, when sargassum started to accumulate on the beaches of many destinations with crystal clear waters and white sands. Mexico was one of the first countries to report it, but this environmental problem, which is lethal to many species and also harmful to human health, concerns almost the entire Caribbean region. This year, the amount of sargassum has already reached historic figures in the Atlantic Ocean: in June, more than 24 million tons of the “brown tide” were recorded in the Caribbean coast, from Puerto Rico to Barbados, according to a report from the oceanography laboratory of the University of South Florida.

The term refers to an uncontrolled growth of the species Sargassum fluitans and S. natans, brownish seaweed that live in suspension in the seas and move along the Atlantic, dragged by ocean currents. Although most seaweed live in the depths, with their roots attached to the bottom of the sea, these two species can live at the surface because they have gas vesicles, an adaptative mechanism that improves photosynthesis and allows them to spend their lives floating, explains Rosa Rodríguez, a marine biologist at the Institute of Marine Sciences and Limnology of the National Autonomous University of Mexico (UNAM).

While the uncontrolled accumulation of these algae is toxic in coastal regions, causing the massive death of many marine species, in the open sea they play a very important role in maintaining ecological balance. The Sargasso Sea, in the North Atlantic Ocean, is an exceptional ecosystem that provides food and shelter for hundreds of species, some of them unique to this floating habitat. In addition to serving as a platform for the protection and sustenance of marine fauna, it is part of the migration path of species such as eels, turtles and whales.

Why did it become a problem?

When the unrestrained blankets of sargassum reach the coast, they prevent light from filtering to the seabed, which is essential for the biology of corals and types of algae that produce food through photosynthesis. This, in turn, affects the biodiversity of the system they support.