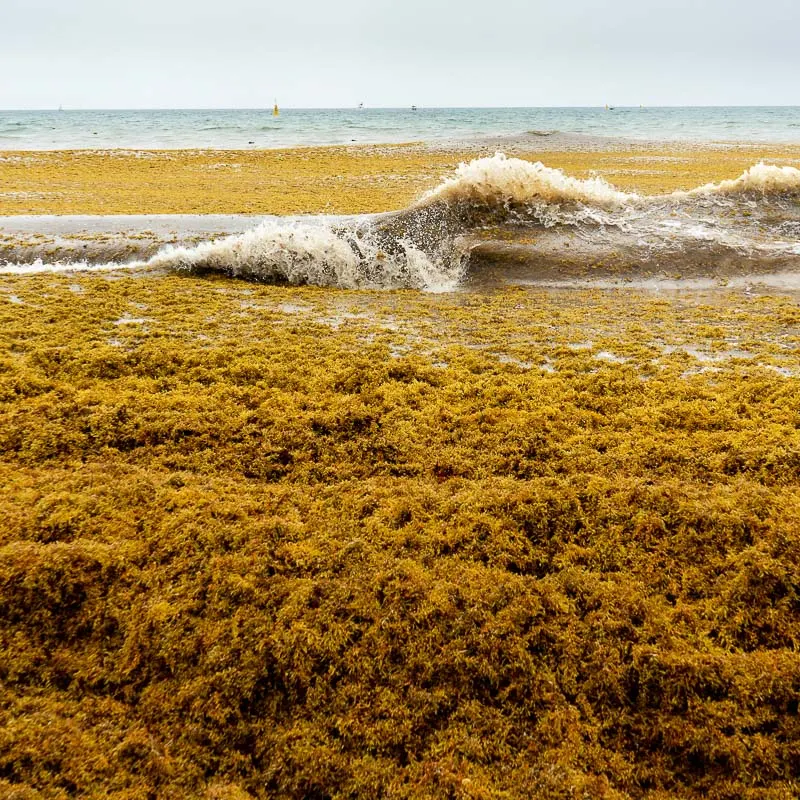 Carib - Sargassum Season Is Almost Over In Cancun

This month, sargassum levels in Cancun and Quintana Roo are predicted to drop rapidly. Monitoring by the state’s Secretary of the Navy of Mexico (Semar) has shown that no massive arrivals of the seaweed are expected to arrive on Cancun’s shores from this week onwards.

This is a huge relief for tourists looking to visit the gem of the Mexican-Caribbean during the winter season, as 2022 has seen the highest amount of sargassum land on Cancun’s beaches in the past 5 years.

Sargassum seaweed has plagued the beaches of the Mexican-Caribbean for decades: when it washes ashore and begins to decompose, it releases a foul smell that often deters visitors from relaxing on the beach. Additionally, tourists are often disappointed with how it makes famously stunning beaches look unsightly.

The past five years have seen an interesting trend in the level of sargassum on the shores of Quintana Roo: levels of the brown seaweed initially peaked in 2018 and 2019 before diminishing slightly in 2020. Unfortunately, 2022 has had the highest volume of sargassum to date, prompting the government of Quintana Roo to invest thousands in an attempt to prevent it from destroying tourists’ vacations.

Last week, Quintana Roo’s coastline received 42,800 tons of the seaweed in total. Whilst this sounds like a large quantity at first glance, it actually represents a 48% decrease compared to the amount collected from beaches in the first week of September. The highest amount of sargassum recorded on any beach in the Mexican-Caribbean this year was 63,252 tons, scattered along several coastlines of Quintana Roo.

To ensure that accurate readings of sargassum levels were given for the state of Quintana Roo and the Mexican-Caribbean, Semar consulted both the European Space Agency and the California Institute of Technology.

Last Saturday, the Sargassum Monitoring Network of Quintana Roo reported that only 20 beaches in the state had an ‘abundant to excessive’ amount of sargassum, with an overwhelming majority of the coastlines featuring little to no amounts of the seaweed. This is fantastic news for tourists looking to experience the pristine, white sand beaches of Cancun and beyond in the coming months.