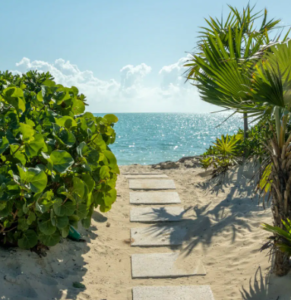 #TurksandCaicos, January 15, 2023 – The Government has agreed to create a new ordinance specifically geared to giving all Turks and Caicos residents explicit right to access beaches across the country regardless of ownership based on the new Crown Land Review

public does not have the explicit right to beach access under the current law; instead that right is conferred by the Governor who can designate them for public use.

It’s a system which the lawyers behind the Crown Land Review describe as insufficient.

“We are not satisfied that this gives sufficient recognition to the rights of the public to use beaches because it does not automatically give a comprehensive rule for all beaches but depends on specific actions by the Governor. In the absence of a comprehensive approach to the recognition of the customs of the people of the Turks and Caicos Islands in using beaches, our view is that the current law on public rights over the foreshore and the beach does not properly provide what is needed to reflect the public expectations and the long-standing usage of the Islands.”

Not only does the law not provide explicit permission for use for islanders to use the beach, it has heavy fines ( upwards of $10 000) for persons trespassing on crown land, which on a technicality includes beaches not designated for public use by the Governor.

The Review while acknowledging that any prosecution in this case would be unlikely said, “We are concerned that if a person is using a beach which falls outside of the National Park designation, then there is no lawful authority by either public right or by Crown permission to use the foreshore for recreation activities which go beyond the very limited common law rights of navigation and fishing. This produces the ludicrous situation that a person using the foreshore for swimming in the sea would be committing a criminal offence. No doubt a prosecution would never be launched in such circumstances. But the mere fact that there is such a criminal offence brings the law into disrepute. Reform here is urgent.”

It’s the reason behind recommendation number 72 in the Joint Report, made public on December 8, 2022.

“A new Ordinance should be introduced to confer on the public a right of recreation over the foreshore and over the beach on the landward side of the foreshore regardless of who owns it.”

Anticipating challenges from private owners who have beach properties regarding, this rule, the Review advised that any private owner wishing to prove ownership to the beach would have to produce a document stating that they were expressly granted the entirety of the beach on their plot by the Government.

To somewhat protect owners the Review suggested that it exclude beaches not accessible to the public for example via public footpaths or roads. To protect the public and preempt any calls for compensation by private owners, it was suggested that any beach regardless of ownership that has been used as public beach for the last 20 years remain as such.