Caribbean
Just as other vital coral ecosystems are degrading around the world, elkhorn are now rarely seen alive in the wild. Ead72/Adobe Stock 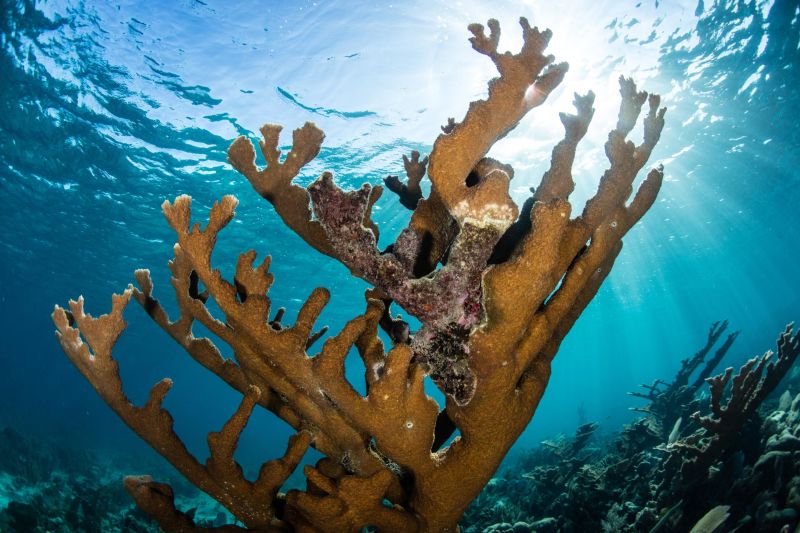 Florida KeysCNN — Scientists at the Florida Aquarium have made a breakthrough in the race to save Caribbean coral: For the first time, marine biologists have successfully reproduced elkhorn coral, a critical species, using aquarium technology.

It’s a historic step forward, and one they hope could help revitalize Caribbean ecosystems and could pay humans back by offering extra protection from the fury of hurricanes.

Elkhorn coral once dominated the Caribbean. But, just as other vital coral ecosystems are degrading around the world, elkhorn are now rarely seen alive in the wild. This species — so important because it provides the building blocks for reefs to flourish — has been until now notoriously difficult to grow in aquariums.

Which is why scientists were thrilled when they saw their reproductive experiment was a success.

“When it finally happened, the first sense is just sheer relief.” said Keri O’Neil, the senior scientist that oversees the Tampa aquarium’s spawning lab. “This is a critical step to preventing elkhorn coral from going extinct in the state of Florida.”

O’Neil’s colleagues call her the “coral whisperer” because she has managed to spawn so many varieties of coral. Elkhorn marks the aquarium’s 14th species spawned inside the Apollo Beach lab, but the team ranks it as its most important yet.

O’Neil estimates there are only about 300 elkhorn coral left in the Florida Keys Reef Tract — but the spawning experiment produced thousands of baby coral. She expects up to 100 of them could survive into adulthood.

Named for its resemblance to elk antlers, the coral thrives at the top of reefs, typically growing in water depths of less than 20 feet. This makes their colonies crucial for breaking up large waves. During peak hurricane season, reefs are a silent but powerful ally that protects Florida’s coastlines from storm surges, which are growing larger as sea levels rise.

“As these reefs die, they begin to erode away and we lose that coastal protection as well as all of the habitat that these reefs provide for fish and other species,” O’Neil said. “Now there are so few left, there’s just a few scattered colonies. But we’re really focusing on restoring the elkhorn coral population for coastal protection.”

The Florida Aquarium’s news comes after scientists reported in early August that the Great Barrier Reef was showing the largest extent of coral cover in 36 years. But the outlook for coral around the world is grim — studies have shown that the climate crisis could kill all of Earth’s coral reefs by the end of the century.

Elkhorn coral was listed as federally threatened under the US Endangered Species Act in 2006 after scientists found that disease cut the population by 97% since the 1980s. And ocean warming is its largest threat. As ocean temperature rises, coral expels the symbiotic algae that lives inside it and produces nutrients. This is the process of coral bleaching, and it typically ends in death for the coral.

“They’re dying around the world,” O’Neil told CNN. “We are at a point now where they may never be the same. You can’t have the ocean running a fever every summer and not expect there to be impacts.”