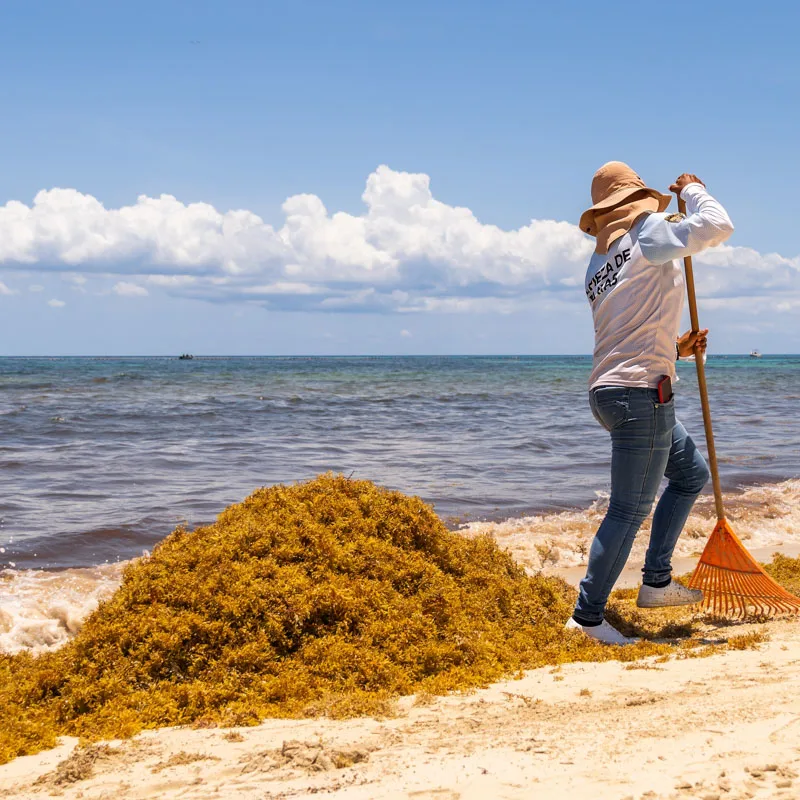 New projections show that beaches in Cancun and the Mexican Caribbean are expected to remain free of sargassum seaweed for at least three more months.

The recently-published prediction is good news for the millions of travelers expected to flock to the area’s beaches over the winter holiday, who can look forward to spotless beaches and plenty of tropical warmth.

According to the latest estimates published this week, sargassum levels are expected to remain low for at least three more months. The sargassum period officially concluded in October when massive amounts of the pesky seaweed stopped washing up on the shores of the Mexican Caribbean. Although seaweed levels are forecast to diminish drastically, beachgoers might still find some traces of the macroalgae at times.

The recently-published long-term sargassum forecast is based on analyses from the Autonomous University of Quintana Roo in cooperation with other environmental institutions. According to Albert Pereira Corona, a natural sciences professor from the state university, the forecast is generated based on wind and ocean current models.

“The winds from the north are starting to blow, causing most of the sargassum to be far from our beaches. Our forecast shows that the situation is likely to remain similar until February or early March”, the professor said in a statement. He also pointed out that tourists are the main beneficiaries of the improved situation.

The lack of sargassum across Quintana Roo’s beaches is excellent news for the local travel industry and resorts. The winter travel period is expected to beat records for international arrivals, and over 26 million travelers are projected to travel through Cancun International Airport.

Travelers can follow the Quintana Roo Sargassum Network’s weekly updates to ascertain sargassum levels across the Mexican Caribbean. According to the latest update from November 21, all of Quintana Roo’s beaches presented low sargassum levels. Only two beaches – Royalton Riviera and Bahía Petempitch – were found to have moderate seaweed levels.

Meanwhile, authorities from Uqroo – the state university – as well as several other environmental agencies continue to carry out detailed studies on sargassum. The effort is part of a wider push against sargassum seaweed, which has a catastrophic effect on tourism across the Mexican Caribbean, including resort hotspots like Cancun and Playa del Carmen. The goal, researchers say, is to understand how to use sargassum seaweed for things like fuel or industrial purposes.