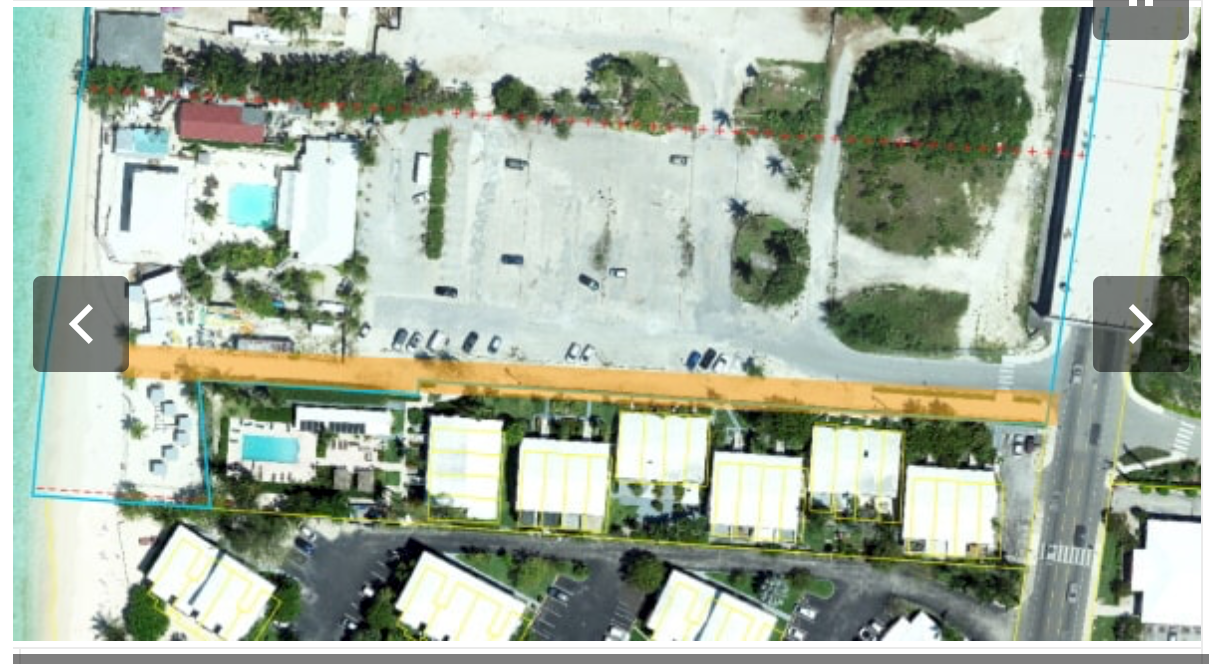 (CNS): The tunnel built by one of Dart’s network of companies on the West Bay Road, which is part of a plan to link Camana Bay to an oceanfront property the developer has acquired along Seven Mile Beach, is at the heart of a controversial legal case regarding beach access rights.

Some of the details of this case were aired in open court before Justice Margaret Ramsay-Hale on Friday, where it was evident that there are a number of issues to be dealt with before the judge can make a decision as to how Dart is going to compensate the country for the loss of two public beach access points blocked by the tunnel.

The case was originally ex parte and closed to the public. But the Concerned Citizens Group made an application to intervene and as a result managed to get the Public Lands Commission and the land registrar formally involved in the case to ensure that there was a respondent in the case.

The judge had expressed concern when she took over Dart’s application to move the missing beach access points to an entirely different location that there was no respondent. At a previous hearing it was decided that the lands commission and land registrar were the appropriate respondents.

But because Dart was given permission to block the beach access points by the Central Planning Authority when the group was cleared to build the tunnel, there are now two government entities in conflict with each other in this case.

Dart had applied to the court to consolidate and relocate the two missing access points at the southern boundary of Royal Palms to update the Land Registry, as the land registrar did not have the power to alter dedicated easements.

During Friday’s hearing Justice Ramsay-Hale directed Dart to serve the attorney general as the representative of the crown, which owns the beach access points that have been blocked, and as an added representative for the public. But she also urged the parties to reach a deal.

Given that the court will not be ordering the developer to pull down the tunnel, the solution has to be an appropriate replacement for the missing access points that compensates adequately for the well used public easements points on Seven Mile Beach, where access to the beach for vehicles is near impossible and increasingly challenging for pedestrians.