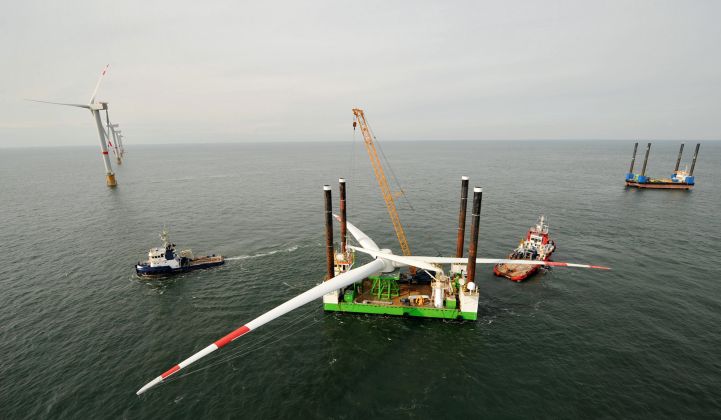 Analyst group sees $210bn going into offshore wind in the next five years, as petro-giants wake up to industry's 'greater certainty and transparency'

Offshore wind will attract capital expenditure (Capex) of $211bn (€189bn) between 2020 and 2025, according to new research by Wood Mackenzie.

“There is limited crossover today, but first movers have gone with the wind and more will soon follow,” Wood Mackenzie said.

About 82% of the forecast offshore capacity to 2025 has been awarded a support scheme or is in more advanced stages of development, the research said.

This compares with global offshore upstream oil and gas Capex, where the current trend for short-cycle projects lowers the visibility and certainty of investment outlooks beyond 2022, it said.

“The number of project interfaces – the supply deals associated with a project – is both broadening and decreasing, while the size of projects and contracts is growing,” the analysts said.

Read Wood McKenzie Opinion, "Why offshore wind will attract more than US$211 billion between 2020 and 2025"