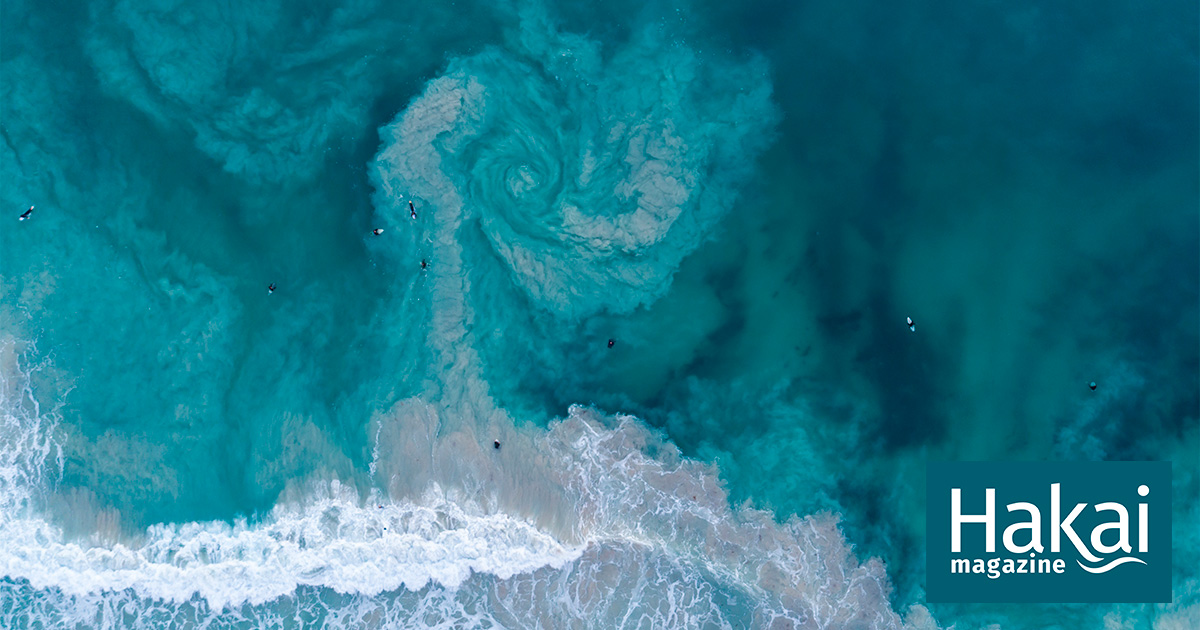 Canada - Warning! Signs Are Not Enough to Save Beachgoers from Deadly Currents

Keeping people out of rip currents is more about reading human behavior than reading warning signs.

On a sweltering day in July 2019, Summer Locknick plodded along Prince Edward Island’s Cavendish Beach among hundreds of people lounging on the red-tinted sand. The air smelled of sunscreen as the visitors worked on their tans, blew up inflatable rafts, and cooled off in the sea. Locknick, however, was not there to relax. With a GPS unit and a tablet in hand, she circulated in the crowd, asking people if they knew about an often-overlooked threat slinking through the surf.

Rip currents are one of the deadliest hazards along the coast, yet beachgoers rarely pause to consider them before heading into the water. “Most people who go to a beach aren’t aware of what a rip current is,” Locknick says. These belts of seawater, often wider than a four-lane highway, cut through the surf and flow away from the shore, pulling unsuspecting bathers beyond their depth. Rips, as they’re known colloquially, can occur on any beach with breaking waves—even on the shores of North America’s Great Lakes—and have been measured to flow as fast as a raging river, including some whitewater sections of the Colorado River. Struggling against a rip current leads to exhaustion for even the strongest swimmers.

Worldwide, rips cause hundreds of drownings and necessitate tens of thousands of rescues every year. In Australia, where 85 percent of the population lives within an hour’s drive of the coast, rips cause more fatalities than floods, cyclones, and shark attacks combined. In 1938, one of the country’s most popular beaches, Sydney’s Bondi Beach, was the site of an infamous rip-current tragedy: within minutes, roughly 200 swimmers were swept away by a rip, leaving 35 people unconscious and five dead. More often, however, rips take one life at a time, garnering little media attention. For many casual beach visitors, the toll of rip currents goes unnoticed.

Locknick had only vaguely heard about rips as an undergraduate student at the University of Windsor in Ontario. During a stint as a research assistant in a coastal geomorphology lab, she grew increasingly intrigued by the currents and the reasons people get caught in them. During her graduate studies in 2019, she surveyed 500 people at Cavendish Beach and nearby Brackley Beach to learn how beachgoers perceive the hazard in Prince Edward Island, a province where rips have caused several drownings in recent years. Although almost three-quarters of beach users said they knew what a rip current is, only 54 percent could correctly define it. In addition, only half of the people she surveyed remembered seeing either the warning signs or the colored flags denoting surf conditions that were posted on or near the main access point to each beach. An even smaller percentage could recall what color the flags had been—green for calm, yellow for moderate, or red for dangerous conditions. “I was genuinely shocked,” Locknick says.

Chris Houser, a professor in the department of earth and environmental sciences at the University of Windsor, who oversaw the work, has seen the same trend throughout his research. Houser started his academic career studying the physical processes that shape the coast but has since branched out to explore the human side of beach safety. While living in the United States in the late 2000s, he began examining public perceptions of rip currents and warning signs, later expanding his work to Australia and Costa Rica, where he has collaborators, and, most recently, to Canada. Many people disregard, misunderstand, or fail to notice warning signs, he says. And sometimes signs are misleading. A major pitfall in many communities’ attempts to save lives from rips is assuming that the warnings work. “You can have the signs, you can have the flags,” Houser says, “but they’re not going to fix the problem.”

Deciding what to put on a sign is not straightforward either: rips are varied, complex features, and a single piece of advice doesn’t guarantee survival. Saving people from rips, researchers have realized, calls for an approach that is much more strategic than posting signs. It requires understanding what leads to rip-risky decisions in the first place.

Part of the challenge of preventing rip-related drownings stems from the lack of a simple method to escape them.

Rip currents form when waves pile water near the shoreline. The water then gushes back out to sea, taking the path of least resistance. It might flow along channels carved in between sandbars or next to solid structures, such as jetties or rocky headlands. These types of rips can stick around year after year. Others are more erratic, creating fleeting bursts of seaward-flowing water on smooth, open beaches. People often mislabel rip currents as undertows or rip tides. Rip currents are not caused by tides, however, and undertows are a different, weaker current, formed when water pushed onto the beach moves back offshore along the seabed. Some telltale signs of a rip include a streak of churned-up, sandy water or a dark, flat gap between breaking waves.