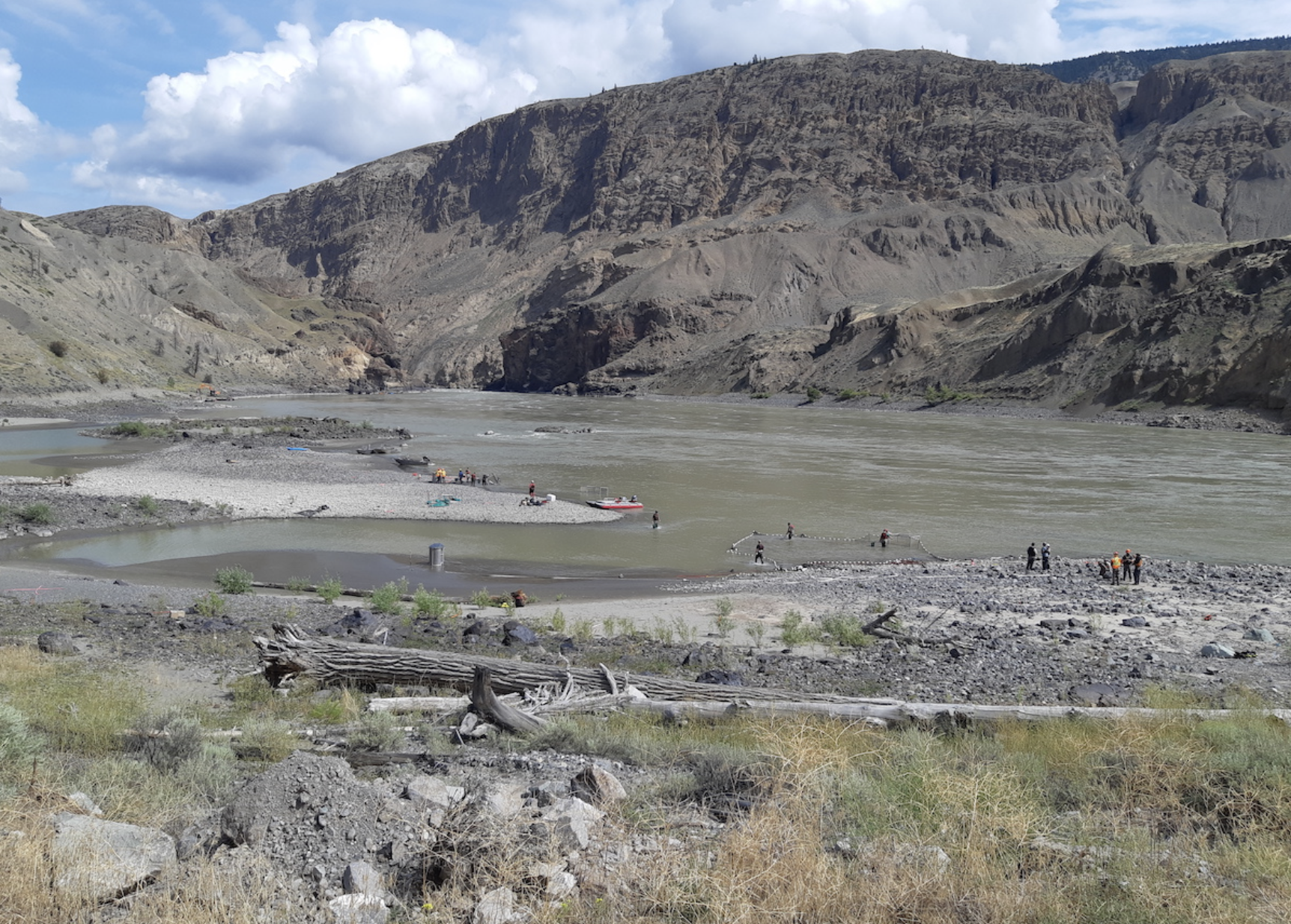 Canada - Landslide blocking migrating salmon is “spectacular” as it is “daunting”

“There is no higher priority for me and for my department in British Columbia than addressing the Big Bar landslide on the Fraser River,” – Bernadette Jordan, Canada’s new Fisheries Minister

The Big Bar landslide on the Fraser River that is threatening several Pacific salmon populations with extinction is “spectacular” as it is “daunting,” said Bernadette Jordan, Canada’s new Fisheries Minister, after a visit to the remote natural disaster site in British Columbia’s interior.

The slide, the size of a building that is 35 storeys tall and 18-storey across, has created a barrier to the vital seasonal northward Fraser salmon migration in an area about 60 kilometres north of Lillooet.

“There is no higher priority for me and for my department in British Columbia than addressing the Big Bar landslide on the Fraser River,” said Jordan.

After the slide was discovered last June 2019, with estimates showing 75,000 cubic metres of material deposited in the river, an emergency response team swung into action transporting the stranded salmon by helicopter and trucks to their spawning grounds while rock scalers removed large boulders to create a natural passage.

The Department of Fisheries and Oceans (DFO) estimated last month that 275,000 salmon managed to get past the slide after adjusting the number of returning Fraser River sockeye expected in 2019 to a little more than 600,000, down from an earlier projection of nearly five million.

The populations most affected by the slide have been early Stuart sockeye, two groups of spring and chinook salmon and the Interior Fraser Coho population.