International
Divers (left to right: Barney Edgars, Dion Lewis, Ben Penna and Gwiisihlgaa Dan McNeill) are pictured getting ready to explore the seafloor at the old Juus Káahlii Juskatla Inlet logging site, which was chosen as the pilot site for an overall Council of the Haida Nation project to restore marine habitat around historic logging sites on Haida Gwaii. Fisheries and Oceans Canada announced on Tuesday, March 10, 2020 that the Secretariat of the Haida Nation was receiving more than $1.1 million over three years for the project. 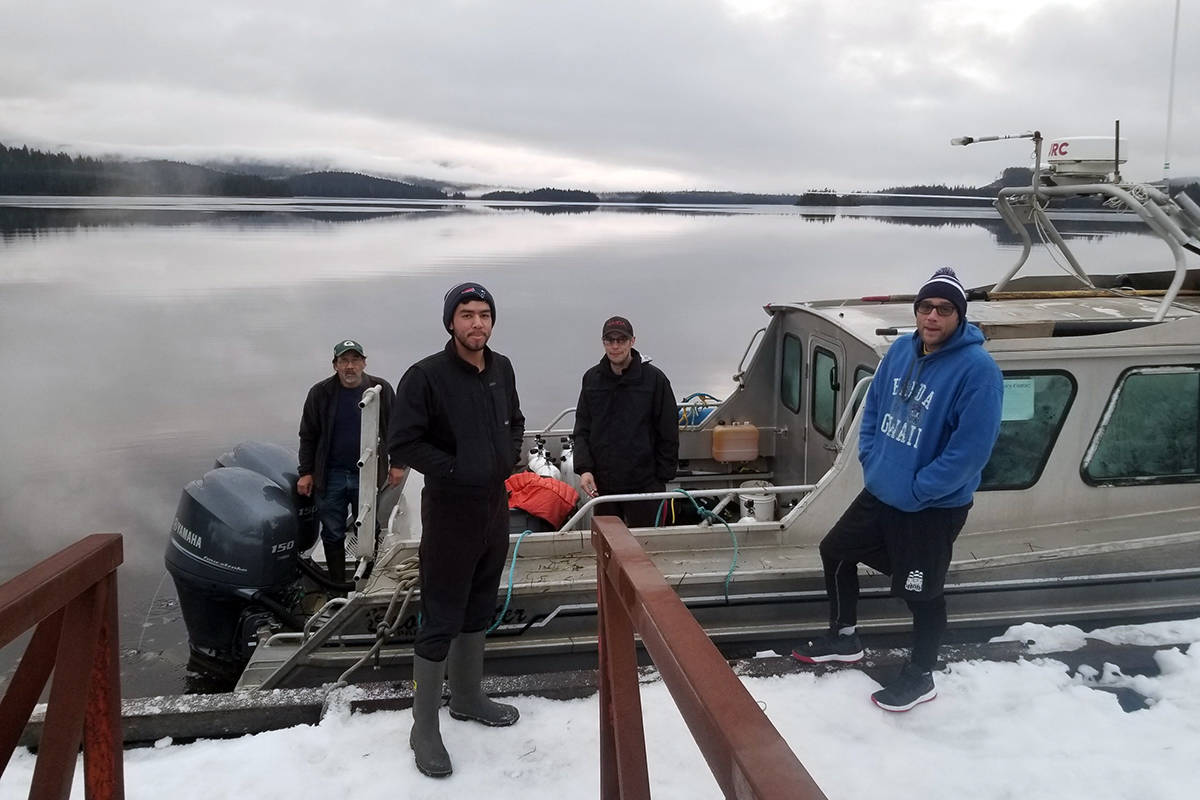 Work has begun to revitalize marine habitat around an old logging site near Port Clements.

Judson Brown, marine planning program manager for the Council of the Haida Nation (CHN), told the Observer work started around January on a three-year project that includes a pilot to restore the old logging site at Juus Káahlii Juskatla Inlet, where harvested tree logs used to be dumped into the ocean and loaded onto barges.

According to a release from the CHN on June 9, about 20 trucks were processed each day at the Juskatla Inlet pilot site during peak logging years, from the 1960s to about 1980.

Loggers would dump logs into the water at the end of a causeway, where they also dug a hole to keep wood from hitting the seafloor. Infill from the hole and other woody debris was routinely piled on the surrounding beach, including on top of a t’anuu eelgrass meadow, believed to have supported a vibrant fish nursery.

Bacteria use oxygen when breaking down debris underwater, so the site has since become a more severe, anoxic environment compared to its natural state — a subtidal “dead zone” where other marine organisms struggle to survive.