Pacific Northwest
A seiner with herring in its net. Photo by Ian McAllister 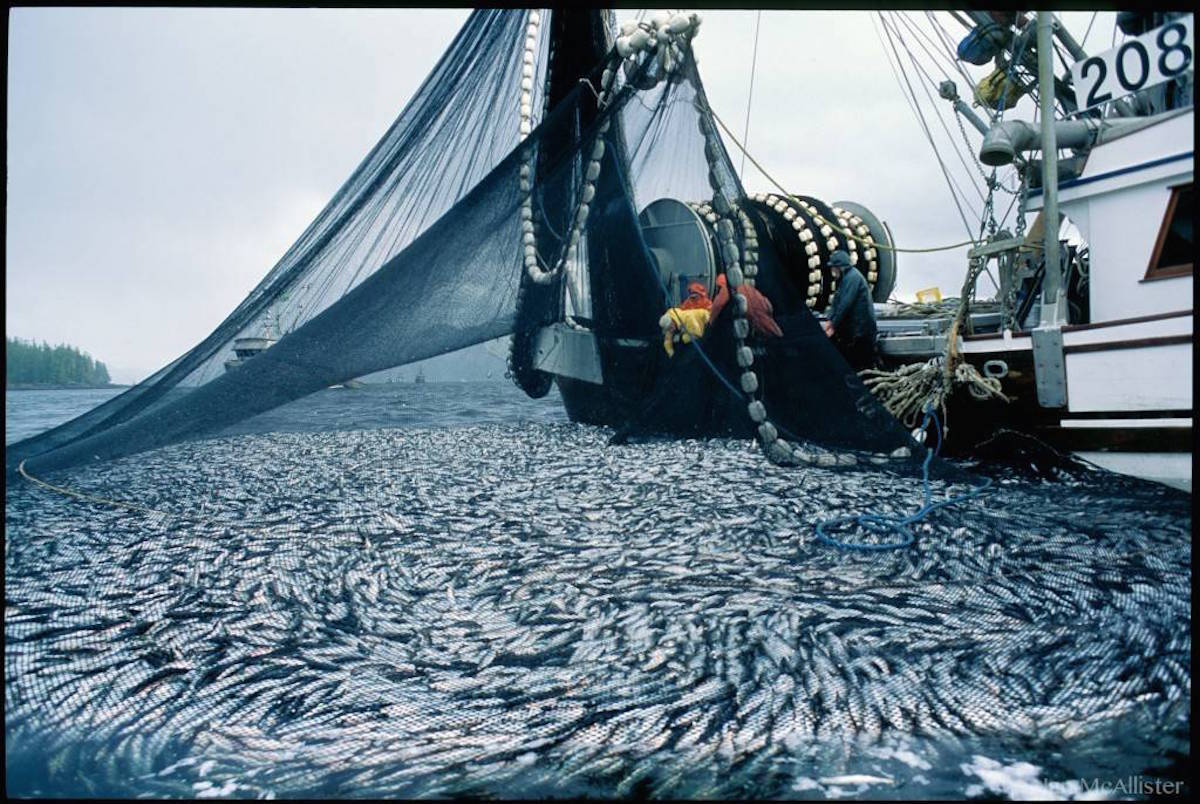 Coastal communities and conservation groups say that Fisheries and Oceans Canada (DFO) has bowed to industry by opening the herring fishery in the Salish Sea. The harvest rate has been set at 20 per cent.

Conservancy Hornby Island and Courtenay-Alberni MP Gord Johns have both launched petitions to suspend the fishery. Johns has so far gathered more than 2,500 signatures on his e-petition. For every 25 signatures, he is able to rise in Parliament and challenge Bernadette Jordan, the new Minister for Fisheries and Oceans Canada.

“We know the overall risk the fishery poses to the stocks was changed from moderate to high in October of 2019,” said Johns, the NDP Critic for Fisheries and Oceans. “Their own department is saying they recommend a reduction of harvest rate from 20 to 10 per cent is the most effective way to mitigate the stock assessment errors…This is inter-connected to the salmon emergency in B.C.”

“We are seeing a very quick demise of the bedrock foundation species, and that’s our herring,” Johns said. “It’s a primary diet of our salmon, and resident killer whales. If we wipe this species out, it’s going to take decades, if even possible, to bring those stocks back to abundancy.”