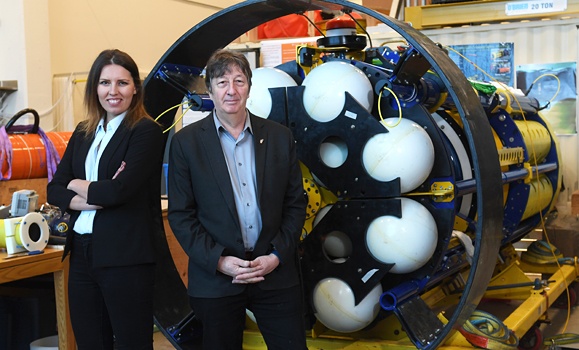 Much more oxygen than previously thought is transported deep into the ocean interior through a 'trap door" in the Labrador Sea that some researchers say could be closing as a result of climate change.

This was reported by scientists from Dalhousie University and Scripps Institution of Oceanography in San Diego in a paper published today in the journal Nature Geosciences. They measured the transfer of gases, including oxygen and carbon dioxide, from the atmosphere to depths as great as two kilometres. The oxygen taken up by the ocean over a year in the Labrador Sea was 10 times larger than typically estimated. Large numbers of air bubbles, injected during violent, winter storms, were responsible for the difference.

The Labrador Sea is one of only a handful of locations worldwide, where the atmosphere and deep ocean connect, directly. A ‘trap door’ to the deep ocean opens there for a few months each winter, when surface water becomes cold and dense enough to sink into and mix with deep, oxygen-deficient waters.