Great Lakes
obin Bannerman, whose lists "Manageress" as her title on her business card, behind the counter of Crystal Ball Cafe in Crystal Beach, Ont. 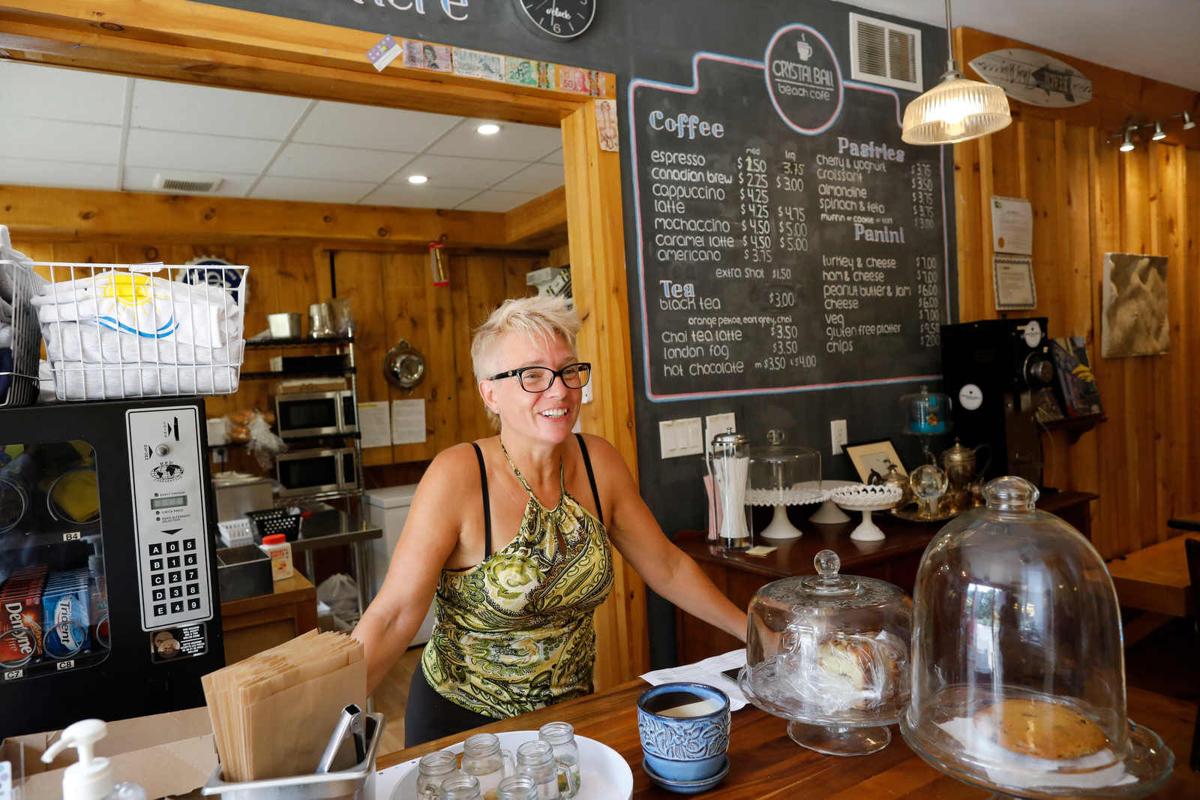 Canada - Crystal Beach has gone 17 months without Americans. It wasn't as hard as you might think

Before Covid, Americans shopping for groceries and other essentials made up at least half the customers at Red Apple on Rebstock Road in the Crystal Beach community of Fort Erie, Ont.

But since the border closed 17 months ago, the store previously known as the Bargain Shop has managed to do brisk business without them.

Longtime worker Joy Hatcher noted that Bay Beach had been filled to its 2,000-person capacity over the weekend, even before the border opened Monday. Beachgoers were waiting outside to get in, she said.

"I don't think they're gonna come over for day trips, right? It's a big process," Hatcher said, referring to the many regulations for nonessential, cross-border travelers. "But I know they're coming back to their cottages and I think they're going to spend time."