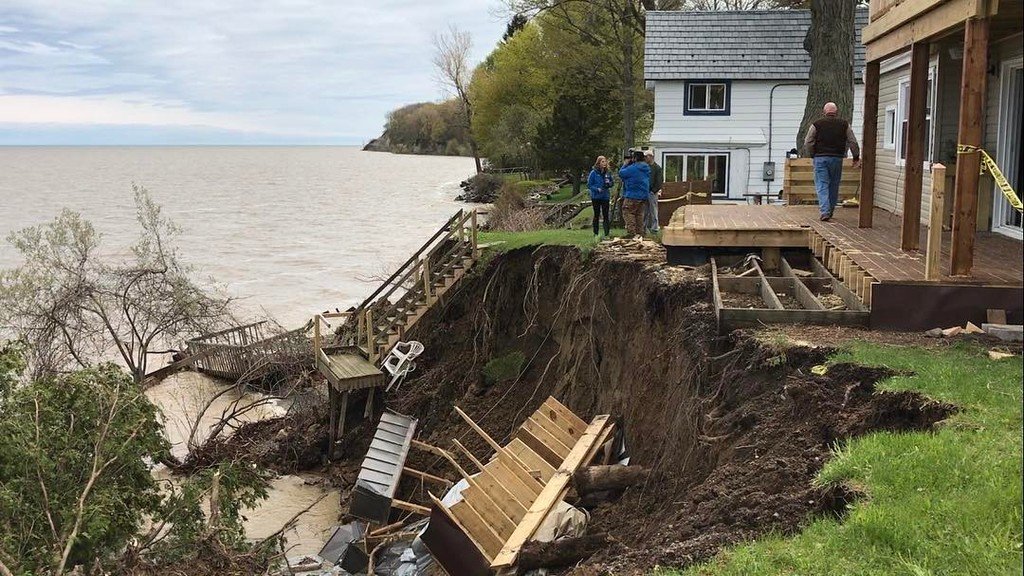 As a group of eastern Ontario mayors heads to Ottawa to plead for action to curb the effects of flooding from Lake Ontario, advocates are calling for major changes and urgent funding for municipalities.

“The entire Lake Ontario basin was severely affected last year. Given the prognostications thus far and the actual hard evidence of lake levels right now, we expect 2020 to be a repeat of 2019 — if not worse,” Steve Ferguson, mayor of Prince Edward County, told Global News.

Ferguson, along with the mayors of Belleville and Quinte West, said they are meeting with Deputy Prime Minister Chrystia Freeland on Wednesday in an effort to “really wave the flag about our need for help” and “underscore the plight of our communities [as well as] the effects of this flooding on our businesses, on our entire community and in some cases our reputation.”

He said Prince Edward County, the island south of Trenton and Belleville, experienced the worst year for damage in 2019. In towns like Picton, he said, water levels submerged the docks of a local inn and the docks at the local yacht club.

In communities such as Consecon, Wellington, Long Point and near Sandbanks Provincial Park, parts of the shoreline experienced severe erosion and some areas had to be closed off due to flooding.