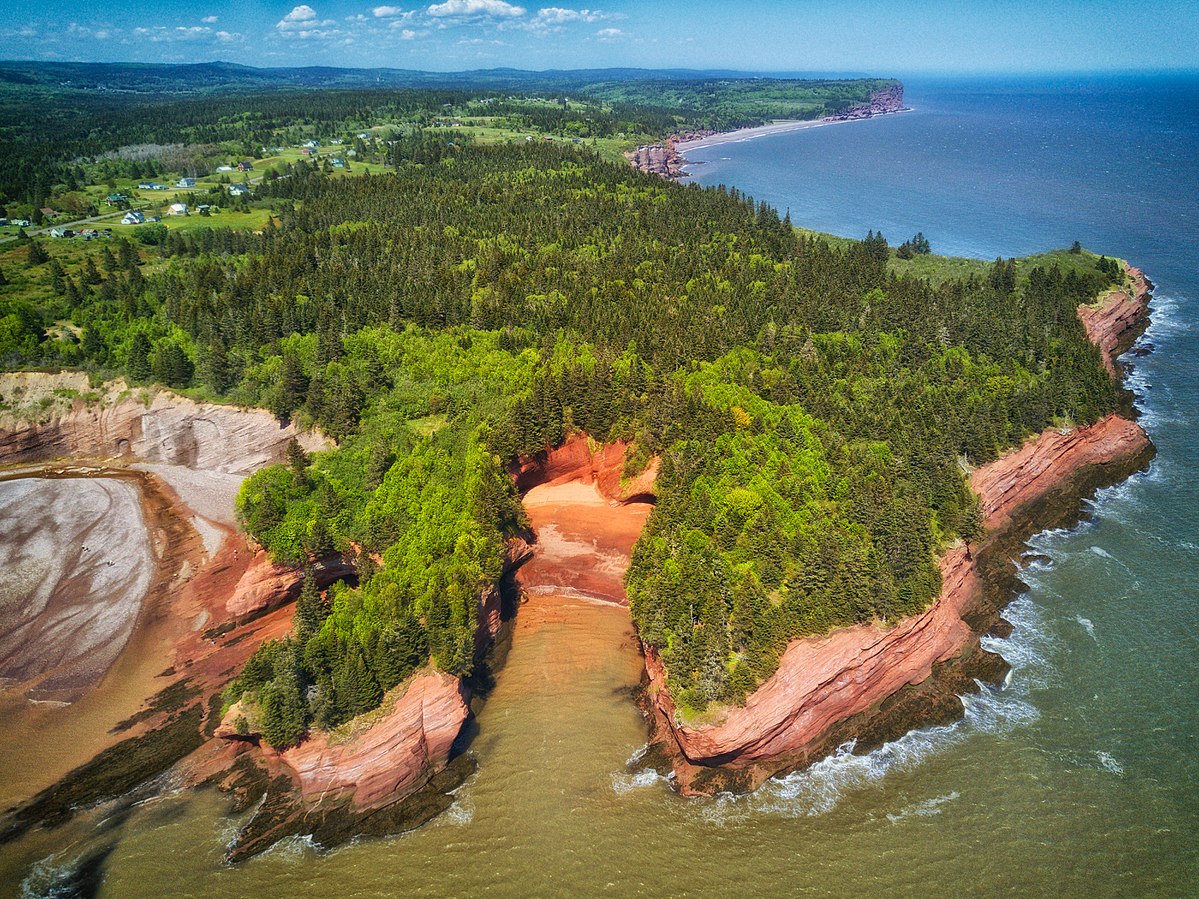 Canada - 11 Facts About The Bay Of Fundy

The Bay of Fundy is a funnel-shaped inlet of the Atlantic Ocean. It is sandwiched between the Canadian provinces of Nova Scotia and New Brunswick.

A small portion of its vast coastline touches the State of Maine, a US state bordering Quebec.

It lies in the Fundy Basin and covers about 9300 square kilometres of area. The coastline is indented with several coves, natural caves, forests, rocky formations, sandy beaches and deepsea harbours. The bay’s entrance channel is 52 metres wide and its shores extend 150 kilometres inland.

It is surrounded by cliffs rising to a height of 60 metres. These geological features direct the waters into the two narrow channels, the Chignecto Bay to the north and the southern Minas bay.

There are many theories regarding its name. Some argue Fundy to be a corruption of the word fendu meaning a crack or split in French. Others believe it was named after funda, the Portuguese word meaning deep.

The Bay of Fundy has huge potential for producing hydroelectricity and supporting agriculture in the region. Outlined below are some interesting Bay of Fundy facts.‍

1. Famous for highest tidal range in the world

The gravitational forces of the Sun and Moon plus the earth’s rotation leads to the rise and fall of sea waters called tides.

During some months, Fundy Bay experiences the highest tides in the world. This phenomenon is a consequence of numerous factors like its unique shape, resonance, the structure of the sea floor, river drainage etc. High- low tides in the delta-shaped bay are around 16.5 metres or 53 feet, higher than a four-storey construction.

The Bay’s waters experience strong rocking, also known as seiche motion. It takes 12 hours and 27 minutes for the waters to reach the bay’s end and then come back to its mouth. Around 100 billion tonnes of water is exchanged in the bay during a single tidal period.

Spring tides are the highest tides of the Bay and occur twice a month. In 206 days when the moon is closest to the earth, the spring tides can reach a height of 16 metres or 53 feet. The Hopewell Cape offers a beautiful panorama of the Bay and is a popular sightseeing point. Interestingly, even the second tallest tides in the world are produced in the Canadian Bay of Ungava, located in Quebec.