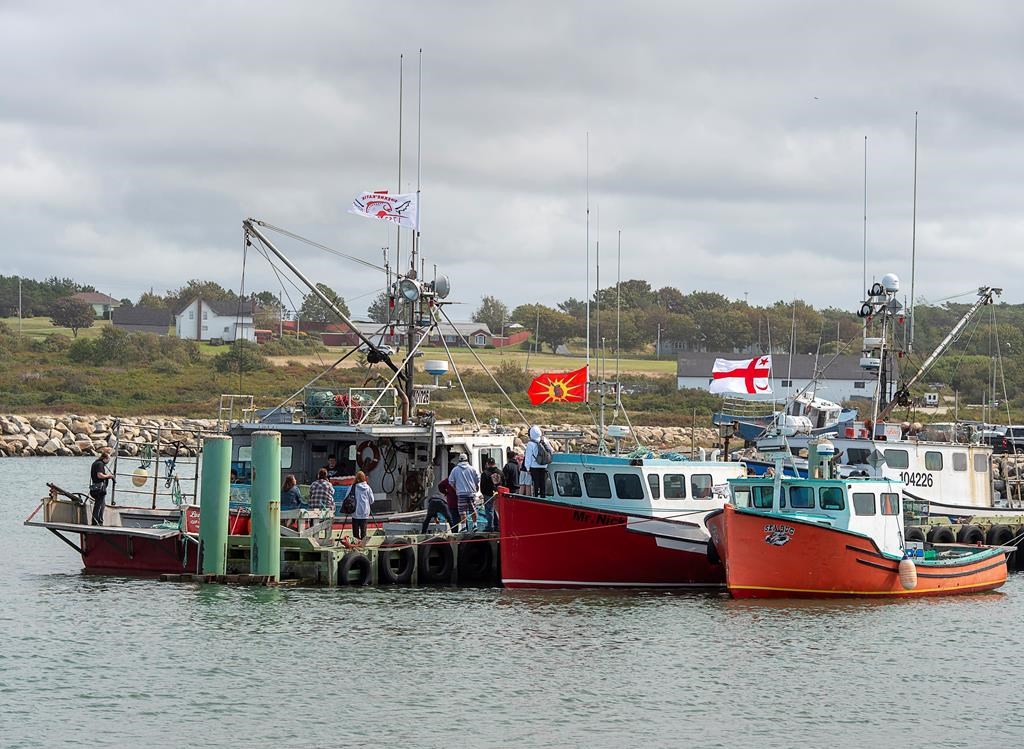 HALIFAX – The pandemic may have dominated headlines globally but in the fall, a clash on Canada’s east coast stole some attention from COVID-19.

The Mi’kmaq asserted their treaty right that they say allows them to fish when and where they want. Ottawa affirmed those rights a few days later.

On Sept. 18, two people are arrested on assault charges following confrontations between Mi’kmaq and non-Indigenous fishers on the wharf of the self-regulated fishery in Weymouth, N.S.

This was the beginning of a showdown that would spark solidarity rallies across the country.

One Acadian fisherman told the Canadian Press that the Mi’kmaq fishery could never be respected.

In Roger LeBlanc’s eyes, the Indigenous fishery must be regulated and occur alongside the roughly 80 to 90 commercial lobster harvesters that ply the bay from late November until the spring.