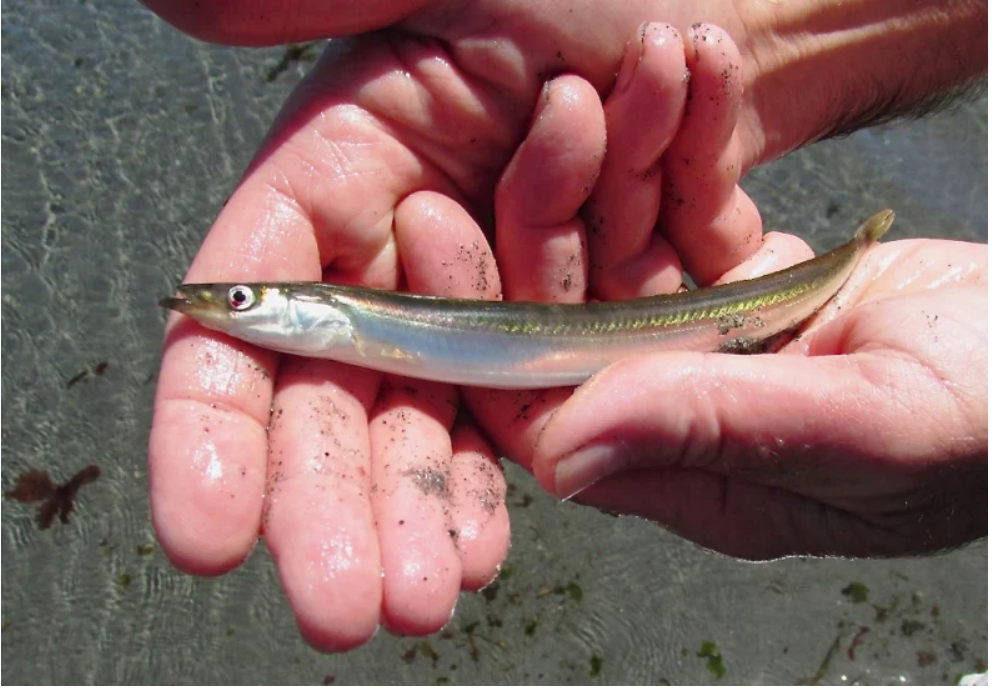 Should you find yourself walking any West Coast beaches this winter, take a moment to send loving vibes to the tiny — but mighty important — little fishes that may be underfoot, a Cortes Island marine biologist recommends.

It’s peak spawning season for the Pacific sand lance, one of the crucial forage fish species being mapped as part of an extensive citizen science project along the east coast of Vancouver Island, says Sabina Leader Mense, the marine stewardship co-ordinator for the Friends of Cortes Island Society (FOCI).

Right now, the microscopic fishes are busting from their eggs like popcorn along the shore of the island’s hot spots at Smelt Bay and Mansons Landing, Mense said.

The spawning window for the sand lance generally falls between the first week of November and the first week of February. But curiously on Cortes, peak spawning seems to occur a couple of weeks earlier than spawning at other locations along the shores of east Vancouver Island, she said.

Female Pacific sand lance, commonly known as needlefish, time their egg-laying on the island’s sandy shores with the highest tides on the biggest moons in early November.

“You can head down to the beach and actually see large schools of Pacific sand lance swimming just offshore to spawn on these very, very high winter tides,” Mense said. “It’s very exciting to see them.”