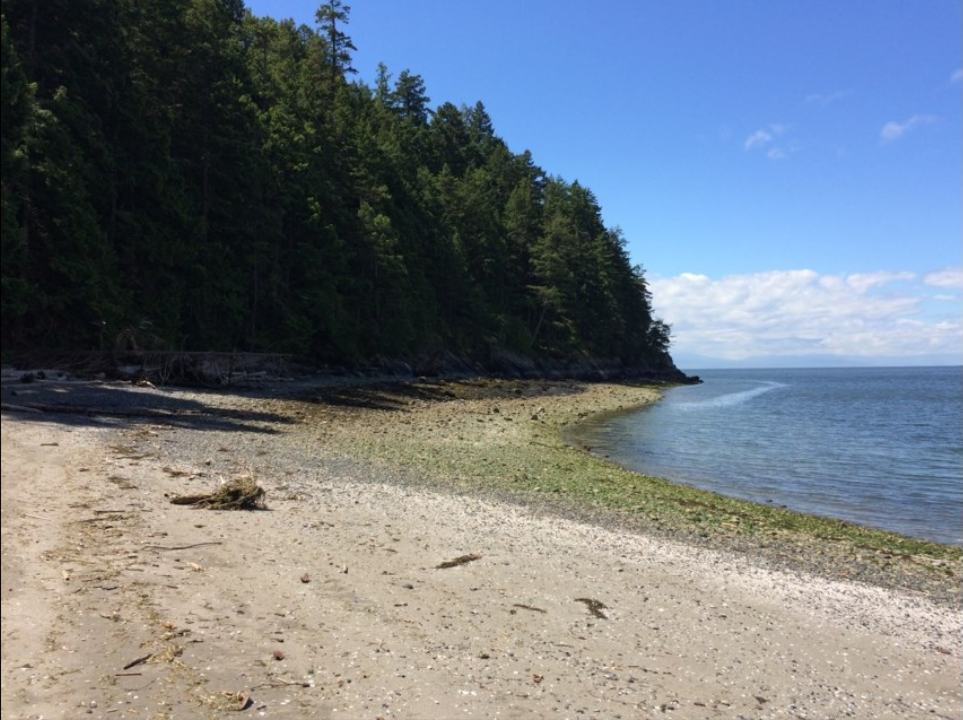 CAN - This Serene B.C. Island Beach With Indigenous Cultural Ties Is Now a Protected Nature Reserve

A serene beach on an island in Howe Sound, British Columbia, with remarkable biodiversity and First Nations cultural significance, is now a protected nature reserve.

Sandy Beach on Lheḵ’tínes (also known as Keats Island) has made history as the Islands Trust Conservancy's 30th nature reserve created in 30 years.

Lheḵ’tínes is one of the larger islands in Átl’ḵa7tsem (Howe Sound), located offshore from the community of Gibsons on the Sunshine Coast, and is directly west of Bowen Island.

The beach, on the southwest shoreline of Lheḵ’tínes, has 3.4 hectares (8.4 acres) of Coastal Douglas-fir forest and over 250 metres of beachfront. The area is habitat for a number of threatened and endangered species, and is home to birds, such as the Northern goshawk, great blue heron, as well as the olive-sided flycatcher, and the little brown myotis bat.

The beach has also been identified as spawning habitat for surf smelt and Pacific sand lance, two fish species that are important food sources for wild salmon.‍

The new nature reserve is within the territories of the Sḵwx̱wú7mesh (Squamish) and səl̓ilwətaʔɬ (Tsleil-Waututh) First Nations and is an area of cultural significance and use since time immemorial.

“The Sḵwx̱wú7mesh people have a long interconnected history with Lheḵ’tínes,” said Syeta'xtn, Chris Lewis, Squamish Nation spokesperson and councillor, in a release.