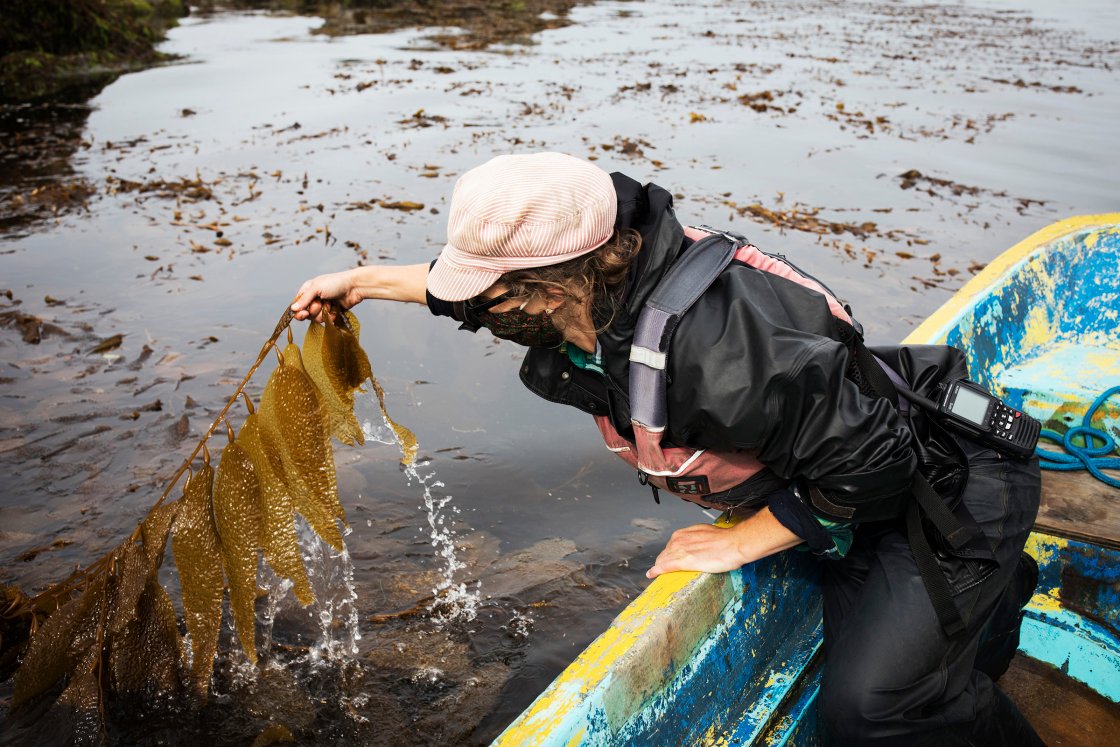 CAN - The Ocean Farmers Trying to Save the World With Seaweed

In a cove in Bamfield, a coastal community in British Columbia, Canada, Louis Druehl steers his boat, The Kelp Express, a mile along the mountainous coastline.

For 51 years, this boat has taken Druehl to the fortuitously named Kelp Bay where beneath the water’s surface ropes of seaweed that Druehl has been carefully harvesting for decades dangle in the cold Pacific water.

Referred to by some as the “seaweed guru”—by others, as the “kelp grandfather”—Druehl, 84, was the first commercial seaweed operator in North America when he began growing kelp, a brown seaweed, in 1982. Seaweed is his life: he has studied it, farmed it, cooked it, and written an award winning, bestselling book about it. Over the years, Druehl has watched interest in seaweed come and go. But now, as climate change wreaks havoc on ecosystems across the planet, the world is turning to seaweed as a potential climate change solution. “All of a sudden, people have discovered seaweed,” Druehl tells me. “They’ve discovered us.”

Seaweed can play a huge role in fighting climate change by absorbing carbon emissions, regenerating marine ecosystems, creating biofuel and renewable plastics as well as generating marine protein. Until recently, this centuries old industry has mainly farmed seaweed for food in Asia, with China as the world’s biggest producer of seaweed, accounting for 60% of global volume. But over the past decade, global seaweed production has doubled—with an estimated value of $59.61 billion in 2019—as interest in seaweed as a food source, carbon sink option and renewable product from consumers, farmers, researchers, and business leaders blossoms. The coast of British Columbia, where Druehl has spent his adult life, is a hotspot of seaweed biodiversity and yet the industry here is only just taking off. A seaweed industry could bring jobs to the area, amidst mass layoffs as a result of the COVID-19 pandemic. Could this remote, seaweed-rich corner of the world turn seaweed into climate solutions for the future? Druehl is optimistic: “I think we’re going to pull it off.”

While forests have long been considered the best natural defense in the battle against climate change, researchers have found that seaweed is in fact the most effective natural way of absorbing carbon emissions from the atmosphere. Unlike tree planting, seaweed does not require fresh water or fertilizers and grows at a much faster rate than trees, expanding by up to two feet a day. But seaweed’s biggest comparative advantage is that it does not compete for demands on land.