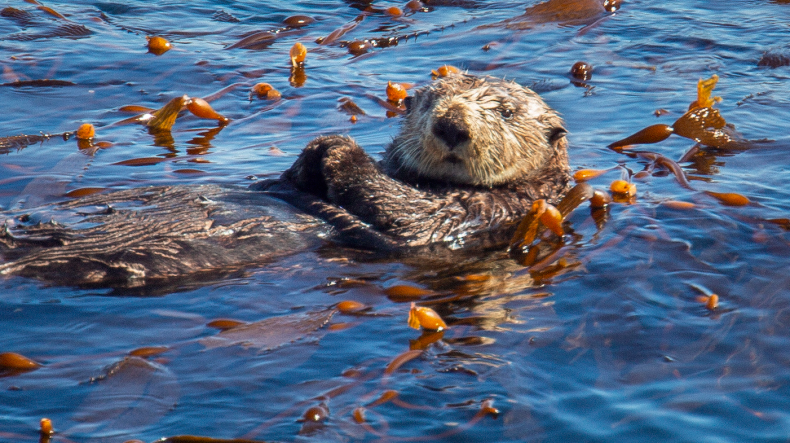 CAN - The Hidden Life of Kelp: How Sea Otters, Urchins and Starfish Make Ocean Forests

The following story is an excerpt from Heart of the Coast: Biodiversity and Resilience on the Pacific Edge by Tyee Bridge — a new, beautifully photographed introduction to B.C.'s coastal ecology, glaciology and archeology done in partnership with the Hakai Institute.

It’s ironic that the undersea world is so alien to most of us, since it makes up over 70 per cent of the globe.

Burt has years of experience exploring the ocean floor off British Columbia’s Central Coast, but scuba diving still fills her with wonder.

“Most of us only ever see the surface of the ocean,” she says. “When you descend below the surface, it’s like going into space. You feel like you’re on another planet, in a zero-gravity environment with all this life that you don’t normally get to see.”

Burt’s graduate studies undertaken with the Hakai Institute in British Columbia were focused on the ecological and social impacts of sea otter recovery — including the effects that growing sea otter populations have on coastal Indigenous communities. Her mentors and colleagues include renowned coastal ecology experts Jane Watson and Anne Salomon.

Beginning in 2013, Burt and her colleagues studied rocky reef areas around Calvert Island on the Central Coast of B.C., initially trying to better understand the effect that sea otters were having on undersea ecological communities. Part of a recovering North Pacific population and expanding across the Central Coast over the past three decades, sea otters are a keystone species that indirectly influence the abundance of kelp forest habitat.