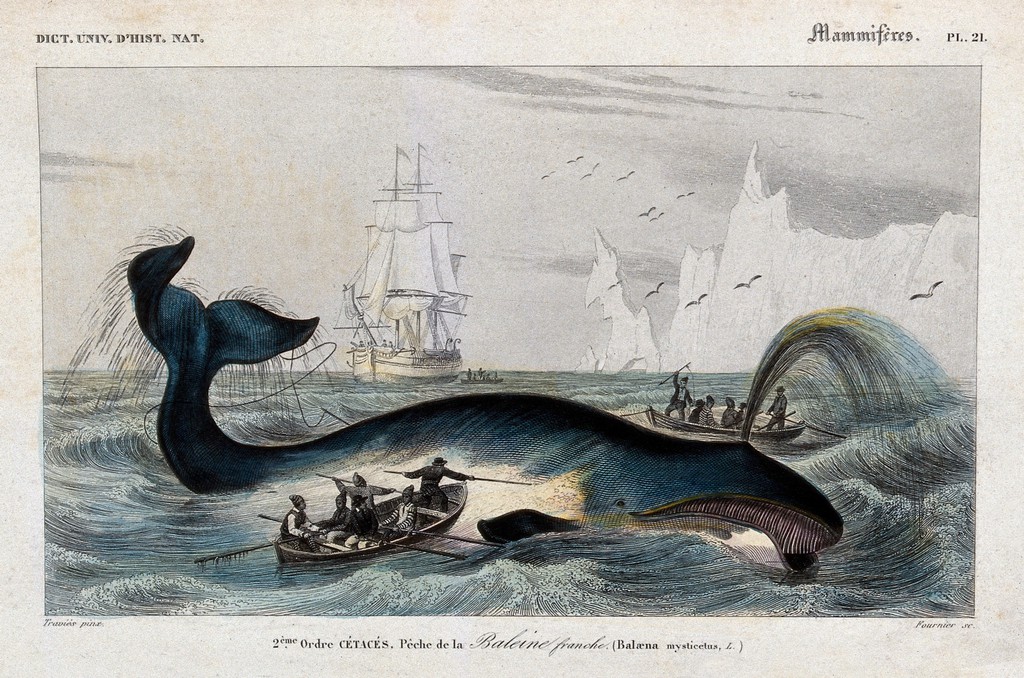 CAN - The fat-takers cross the oceans

Ecological overshoot is a global crisis today, but the problem did not begin with the fossil fuel age. From its beginnings more than five centuries ago, European colonization has been based on an unsustainable exploitation of resources.

In Seeker of Visions, John (Fire) Lame Deer says “The Sioux have a name for white men. They call them wasicun – fat-takers. It is a good name, because you have taken the fat of the land.”

The term, often also written as “wasi’chu”, has engendered discussion as to what the words originally meant in the Lakota language.1 In any case, the phrase “fat-takers” seemed fitting to Lame Deer, it caught on quite widely – and it took literal meaning to me as I learned more about the history of European colonization.

When I wrote a newspaper review of a then-new book by Farley Mowat in the 1980s, I couldn’t help but recall Lame Deer’s words. Nearly thirty years later, I’ve come to regard Mowat’s book, Sea of Slaughter, as a foundational study in biophysical economic history.

Here, Canadians may ask incredulously, “Since when was Farley Mowat a biophysical economist?” And readers from everywhere else are likely to ask “Farley who?” A brief bit of biography is in order.

Farley Mowat (1921 – 2014)  was one of the most successful Canadian writers of all time, author of dozens of best-selling books beginning in 1952 and continuing into the twenty-first century. He wrote in a popular style about his own experiences in Canada’s far north, the maritime provinces, travels in Siberia, and his life-long love of the natural world. Never shying from controversy, Mowat became a hero to many Canadians when he was banned from entering the US, and he was vilified by many for his support of the direct-action Sea Shepherd Conservation Society which named two of its ships in his honour. His books also received withering criticism from some writers who questioned Mowat’s right to use the label “non-fiction” for any of his books.2