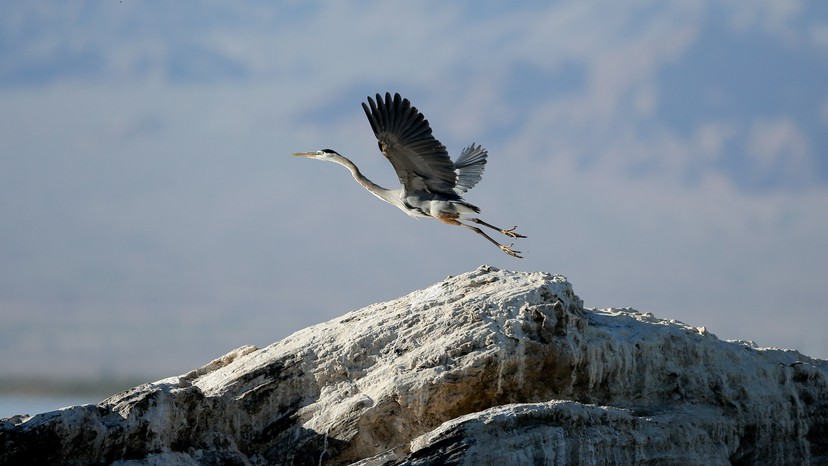 “You can understand the predator wanting to be near the prey, but not really the other way around.”

To watch a bald eagle raid a nesting colony of great blue herons is a gut-churning experience. “The herons have a progression of alarms,” explains Ross Vennesland, a researcher with Environment and Climate Change Canada. “They start with a chortle, and quickly move to really hideous screaming as the eagle swoops in and lands on the nest.” The adult herons are usually forced to flee, while the eagle cracks open an egg or flies away with a chick. “It’s a pretty horrible scene to witness,” he says.

You’d think the herons would want to build their nests as far away from bald eagles as possible. But you’d be dead wrong. Research on the southwest coast of British Columbia shows that herons are deliberately seeking out nesting pairs of eagles—and building right next to them.

“You can understand the predator wanting to be near the prey, but not really the other way around,” Vennesland says. “We were amazed. We call it the mafia-protection racket.”

A heron’s decision to build right next door to such a dangerous predator is a delicate trade-off. Bald eagles are territorial and will chase off other eagles. A heron colony with a neighboring eagle pair may lose some young to them, but the carnage would be greater without their protection.

This tactic may be helping great blue herons cope with the renewed threat from bald eagles. In British Columbia, coastal herons are a unique subspecies numbering an estimated 4,000 to 5,000 individuals; they’re classified as being of special concern by the Committee on the Status of Endangered Wildlife in Canada.