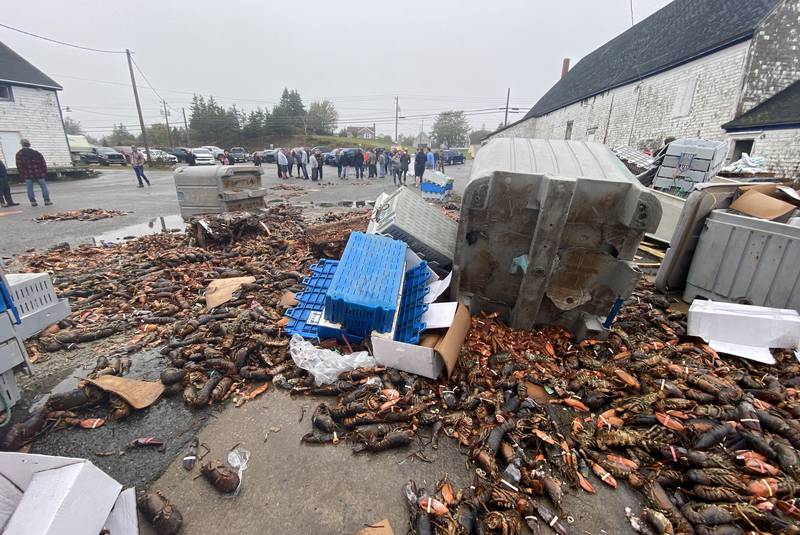 What had been relative calm in recent weeks was broken Tuesday evening following incidents at lobster pounds in the region, which the RCMP say they are investigating.

As a new commercial lobster season got underway in southwestern Nova Scotia, tensions that have been simmering for weeks surrounding a self-governed First Nations moderate livelihood fishery continued and became heated.

The Sipekne’katik First Nation, which has been exercising its self-managed moderate livelihood fishery in St. Mary’s Bay, say commercial fishermen are targeting and intimidating buyers in an attempt to undermine the sale of band lobster they say has been caught through their court-affirmed treaty rights. Angry groups converged on two lobster pounds on the evening of Oct. 13.

Commercial fishermen claim the moderate livelihood fishery is unsanctioned as it is not Fisheries and Oceans Canada (DFO) regulated and admit they took matters into their own hands the evening of Oct. 13 because buyers were preparing to sell what industry calls illegal out-of-season lobster.

Buyers – commercial industry fishermen say – had no legal standing to sell that lobster prior to Oct. 14 because no commercial seasons were open in southwestern Nova Scotia. But with the LFA 35 commercial season off Digby opening Oct. 14, the lobster stored in pounds could now be sold along with the commercial catch.

Once again the continuing situation has led to ugliness and frustration.