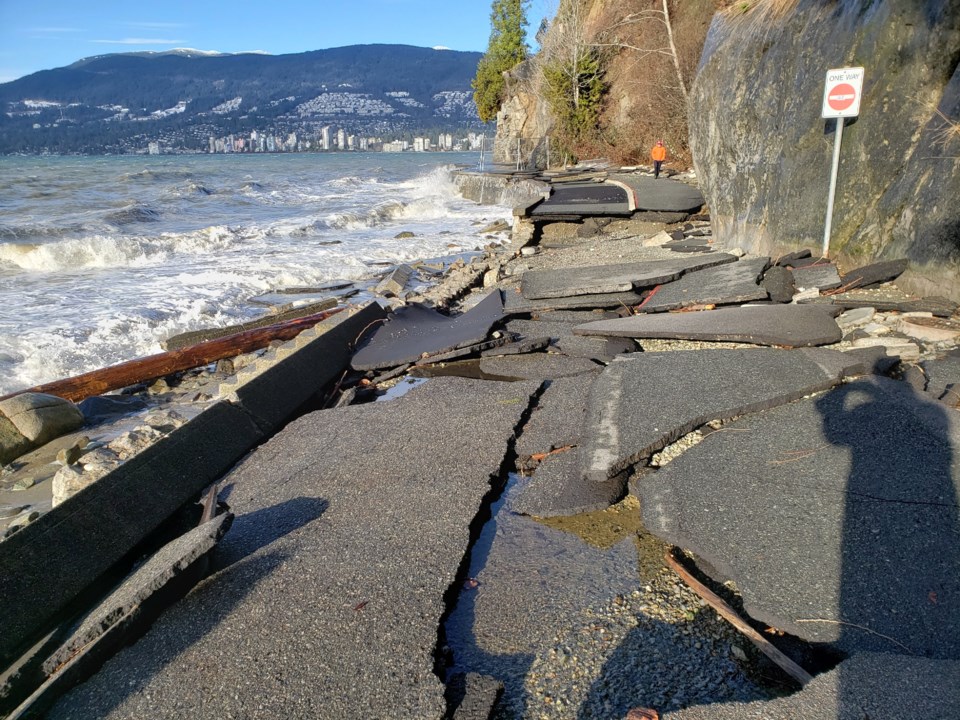 Strong winds and a tidal phenomenon combined forces on Friday to deal some serious damage to Stanley Park seawall and flood Vancouver beaches.

With both a King Tide and winds of up to 90 km/h forecasted for Jan. 7, some could see the destruction before it happened. Brad Atchison is a local photographer who was on the seawall over an hour before the tide reached its full height at around 10 a.m.

“Stanley Park Seawall is about to be destroyed,” Atchison wrote along with a video of waves already crashing into the cement barriers and onto the walkway.

Just a few hours later the Vancouver Park Board would close the seawall between Sunset Beach and Lions Gate Bridge due to the damage dealt during the storm.

“This weekend, staff will focus on cleaning debris, and the damage will be assessed more closely beginning Monday,” the Park Board stated.

Also, a pier on Vancouver's West Side at Jericho Beach was partially destroyed by the waves.

Since then, locals have taken to social media to share images of the storm's aftermath.