International
Fisheries and Oceans Canada has still not completed a rebuilding plan for northern cod, nearly three decades after it first collapsed. via Ocean Canada. 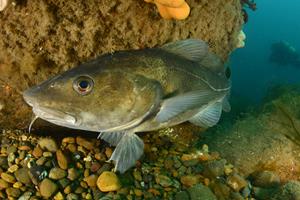 DFO increased the quota by 30 per cent last year, despite scientific advice to keep catch to the lowest possible level. Northern cod’s high quota is further damaging to the population because it ignores the amount caught in Newfoundland’s recreational fishery. DFO has still not completed a rebuilding plan for northern cod, nearly three decades after it first collapsed. Oceana Canada has been advocating for a return to the more responsible catch level of 9,500 tonnes, including from the recreational fishery.

“This decision fails to correct the harmful trajectory DFO set out on last year. Keeping the quota at this unsustainably high level allows us to continue irresponsible fishing pressure on a population that is deep in the critical zone,” said Dr. Robert Rangeley, Director of Science, Oceana Canada. “It also goes against scientific advice and the government’s own policy to rebuild depleted fish populations, as outlined in the amended Fisheries Act that passed into law last year,” said Dr. Rangeley, adding, “This comes on the heels of another dangerous fisheries management decision. Earlier this year, DFO allowed a nearly 20,000 tonne quota for seriously depleted northern capelin – a key food source for northern cod.”