Pacific Northwest
Crews set up tiger dams on Highway 1 in Abbotsford to hold back Sumas River floodwaters. Photo courtesy of the B.C. Ministry of Transport and Infrastructure 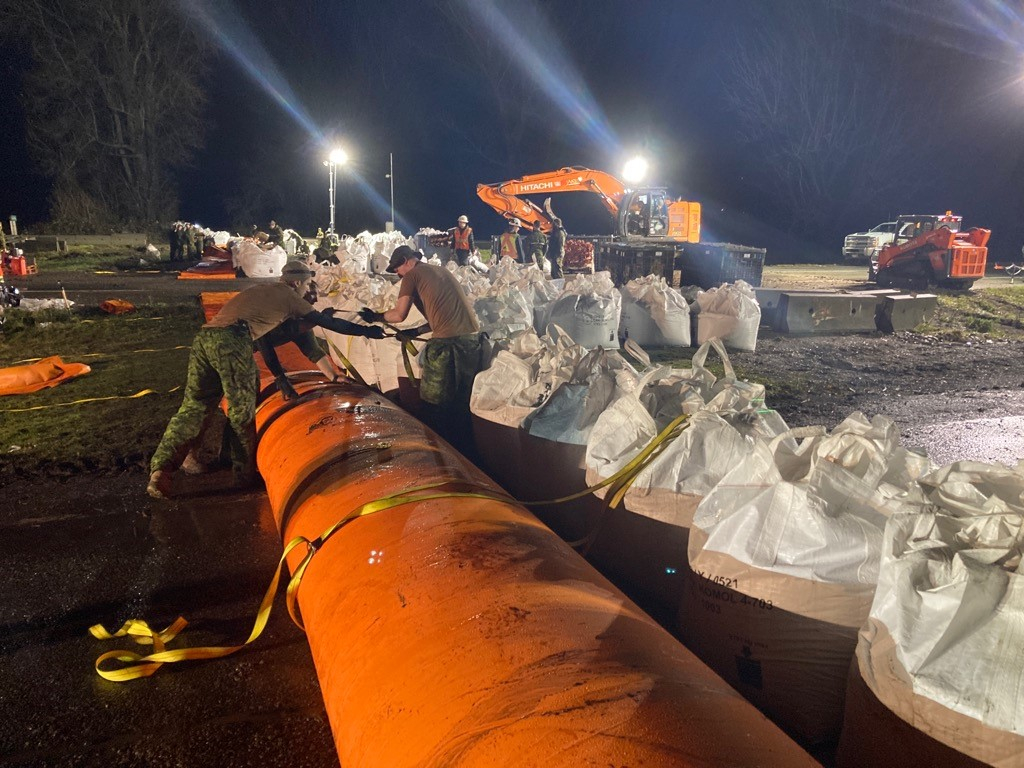 CAN - Natural disasters aren't as natural as they used to be

Natural disasters strike across the globe, but in the second half of 2021, British Columbia has had more than its share, starting with a heat wave that was the “deadliest weather event in Canadian history,” according to Sarah Henderson, scientific director of the BC Centre for Disease Control, while provincial Health Minister Adrian Dix described it as a "one-in-a-1,000-year event." Over 500 people died as a direct result of the extreme temperatures.

One victim of the B.C. heat dome was the village of Lytton. David Phillips, senior climatologist with Environment and Climate Change Canada, referring to the devastation of the heat wave, lamented that “it’s almost biblical.” On June 29, for the third straight day, temperatures soared again, with Lytton baking under a high of 49.6 C.

Such a temperature — 50 C — had never been seen before above the 50th parallel north (Lytton = 50° 13′ 52″ N). Lytton made headline news around the world, appearing in the Guardian, BBC, CNN and the Washington Post, among others, and trending on Twitter, including tweets from the World Meteorological Organization, UNFCCC and Greta Thunberg, to name a few.

Then, on June 30, a wildfire engulfed Lytton.

While addressing the COP26 summit in Glasgow on Nov. 1, Justin Trudeau spoke of the tragedy:

“In Canada, there was a town called Lytton. I say 'was' because on June 30, it burned to the ground. The day before, the temperature had hit 49.6 C, the hottest ever recorded in our country.”

However, his reference “was a town” caused a stir among its proud residents, as the devastated village was going to be rebuilt, which the village council confirmed on Nov. 8 at the Lytton Community Meeting.

But more was yet to come for British Columbia.

This time, the “natural” disaster was not a heat dome but an atmospheric river, with many areas of southern B.C. receiving a month’s worth of rain in just two days (Nov. 13 to Nov. 14). Premier John Hogan described the flooding in the region as a “once-in-500-year event.” The record rainfall caused fatal flooding and mudslides; major highways were washed out, and travellers were stranded, some for days.