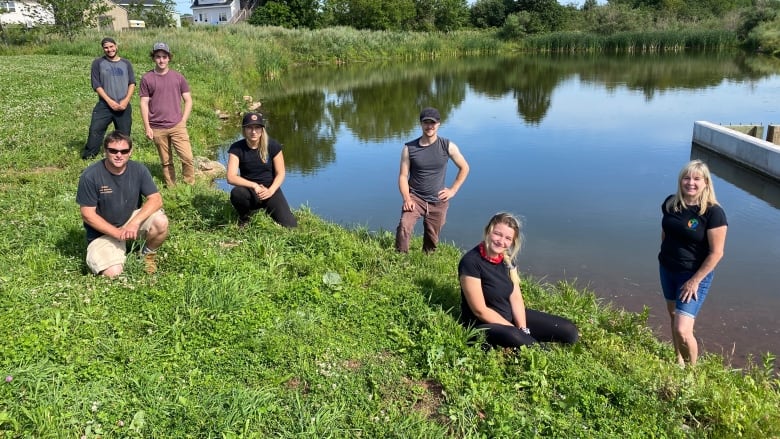 CAN - Life Returns to Rehabilitated Ice Pond in Summerside

Major reconstruction work was completed in 2019 and wildlife is returning to the area.

The stillness of the pond is broken by the cries of the four osprey circling overhead, followed quickly by the excitement of the Bedeque Bay Environmental Management Association (BBEMA) crew as they see the wildlife responding to the rehabilitation of the Heritage Ice Pond in Summerside, P.E.I.

"They were hunting in our pond here," said Jennifer Woods, environmental projects co-ordinator with BBEMA. "It is really great to see the different wildlife coming in and enjoying our pond. That shows that what we are doing out here is working."

The crew spent part of Wednesday morning putting in more pollinator plants, testing the water and picking up garbage from the pond area. The pond, located off South Drive on Summerside's west side, looks very different from a few years ago, before BBEMA got involved.

In 2016, BBEMA received a grant worth close to $300,000 from Fisheries and Oceans Canada to restore fish habitat and fish migration. The money went toward restoring and rebuilding parts of the pond, including a new fish ladder to help species like brook trout spawn.

"When we first actually started talking about it, people first of all were asking us where the pond was, because to them, this just looked like a marsh," said Tracy Brown, executive director with BBEMA. "The water was at the most maybe two-and-a-half feet deep in the centre, so it had had years of siltation."