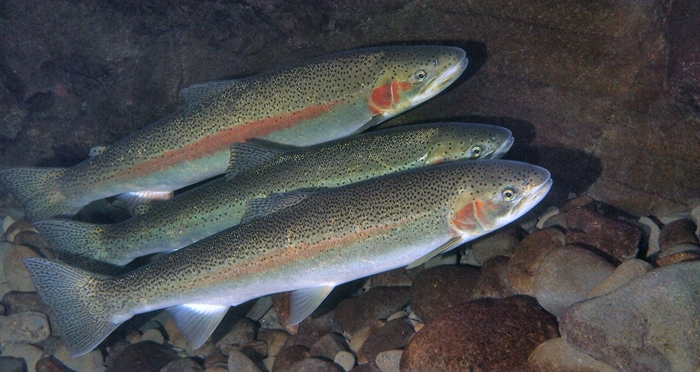 CAN - It Will Take More Than Fishery Closures to Rebuild Steelhead Fish Population: UBC Researcher

The closure of net fisheries would increase the chances of a steelhead population recovery in the Thompson and Chilcotin Rivers, but it’ll take more than that to rebuild a fish population that may soon be extinct, according to a UBC researcher.

Zeman outlined that Thompson and Chilcotin steelhead populations have been in decline since the 1990s which Zeman said is due to the fish being caught in nets intended for pink and chum salmon. At that time, there were around 3,000 to 4,000 spawners.

There were 62 fish counted in the Thompson River and 134 in the Chilcotin River this year, he told the committee.

Teh said in an email that with such a small population of steelhead fish, "fishing exacerbates whatever existing pressures fish populations are already facing, so eliminating or reducing fishing would definitely increase the chances for these fish populations to recover.”

However, she couldn’t comment directly on how large of a role nets play in the decline of the steelhead populations.

To rebuild fish populations, climate, habitat and socio-economic issues need to be addressed, she said.

“It is important to take an ecosystem approach to rebuild, since the fish populations are affected by multiple drivers including anthropogenic, biological and climate-related. So the rebuilding process needs to consider the interaction among these drivers and how they will affect the fish population,” Teh said.

Stakeholders, especially those whose livelihoods depend on the fish populations, must also be considered, she said.

In his standing committee testimony, Zeman recommended that habitat restoration needed to be funded, nets needed to be removed from the Fraser River, fisheries monitoring needed to be improved and Fisheries and Oceans needed to be accountable and transparent, which Teh agreed were all possible ways to help restore the fish population.