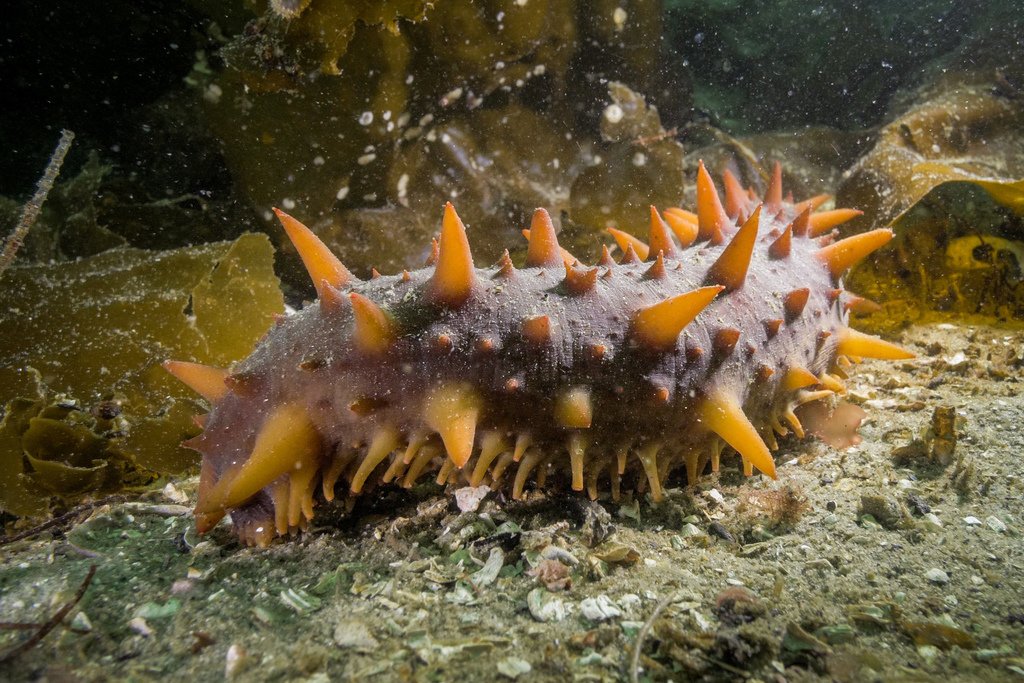 CAN - Is the lowly sea cucumber the new superhero of sustainable aquaculture?

Most coastal residents are suitably enthralled with charismatic or charming marine animals such as killer whales, the iconic Pacific salmon or furry sea otters. But what of the lowly sea cucumber?

It’s likely most people don’t give much thought to the fairly ubiquitous and possibly misunderstood invertebrate, said scientist Emaline Montgomery. Montgomery and other researchers on the West Coast of Canada are exploring how some unsung heroes of the seabed may be the ticket to a more sustainable form of aquaculture.

Apostichopus californicus, or the giant red sea cucumber, is a slightly alarming, spiky, squishy creature that can grow 50 centimetres long and sustains itself by eating detritus off the ocean floor and using its butt to breathe.

But it’s the sea cucumber’s ability to remove excess organic matter from surrounding water and sediment that makes it interesting for aquaculture, said Montgomery, a research associate and instructor at North Island College (NIC).

Montgomery’s research focus is on the co-cultivation of various species together to improve the sustainability and profitability of aquaculture.

The aim of regenerative aquaculture is to mimic the natural food web to both improve marine ecosystem health and increase the number of products that can be grown at one site.