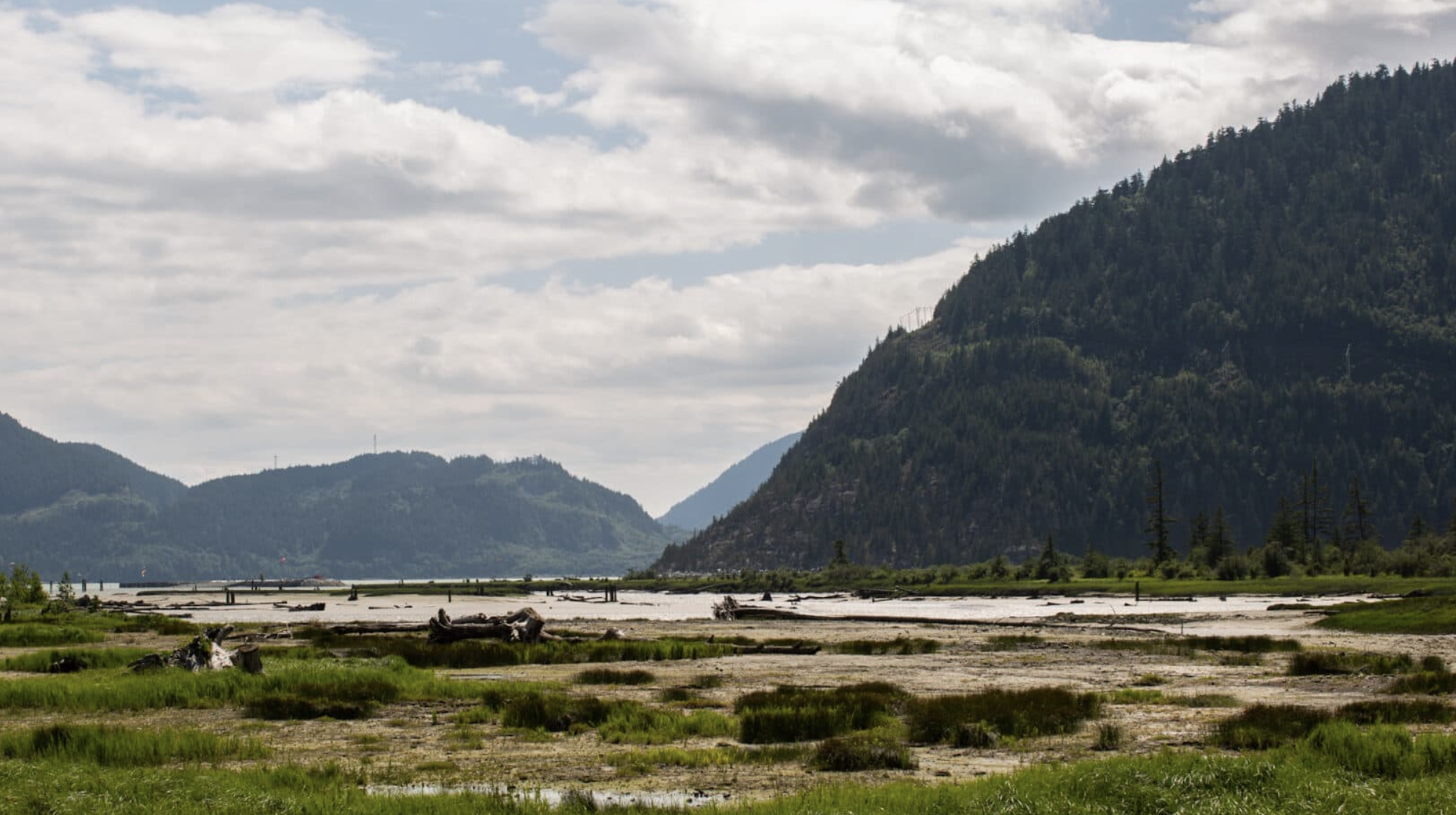 A company built a spit that blocked salmon from accessing crucial habitat — then it left. Decades later, the Squamish Nation, local environmentalists and the federal government have worked together to finally break open the barrier and reconnect a fractured estuary

This story is part of Going with the Flow, a series that dives into how restoring nature can help with B.C.’s flood problems — and what’s stopping us from doing it.

Just two generations ago, the Squamish estuary — called Skwelwil’em in the Sḵwx̱wú7mesh sníchim (the Squamish language) — remained somewhat peaceful in the face of great change.

The settler village of Squamish was built and growing in the estuary, on the territory of the Sḵwx̱wú7mesh Úxwumixw (Squamish Nation). A railroad was built to Vancouver, and old-growth logging was at its height. Still, amid these colonial disruptions, the estuary was home to salmon, a place for Sḵwx̱wú7mesh to fish and be close to the water of Átl’ḵa7tsem (Howe Sound).

But boundless development and resource extraction continued and the town chipped away at the estuary.

In an example of bulldozing over Indigenous Rights in the name of industry — in the most literal sense — the estuary was dredged in the 1970s by BC Rail for a proposed coal port project without any consultation with the Squamish Nation. A five-kilometre-long spit was built that blocked water and dried up part of the estuary.

The federal government wound up rejecting the proposal — so for about 30 years a massive pile of dredged soil remained abandoned right on top of Skwelwíl̓em. A portion of the estuary, once filled with lush grasses and calm water, was left barren and brown for decades and salmon numbers began to decrease.

Now, the Squamish Nation is co-leading an effort to restore the estuary with the Squamish River Watershed Society and Fisheries and Oceans Canada in a coalition called Restore the Shore, which seeks to “save this vital ecosystem and right historical wrongs.”

This year, the group took on its biggest task yet: removing a fifth of the spit that has blocked juvenile salmon exiting the river from accessing the estuary. The project has been years in the making and has brought together at-times disparate community interests.

Removing the spit “opens the lungs of the river,” Sxwíxwtn (pronounced S—WAY-wah-tin), whose English name is Wilson Williams, told The Narwhal from his office where he serves as a councillor and spokesperson for the Sḵwx̱wú7mesh Úxwumixw.

“It brings back the natural being of it.”