International
Tidal turbines harness marine currents and tidal energy using tidal stream turbines that work much like submerged windmills, but are driven by flowing water rather than by air. via Marine Current Turbines 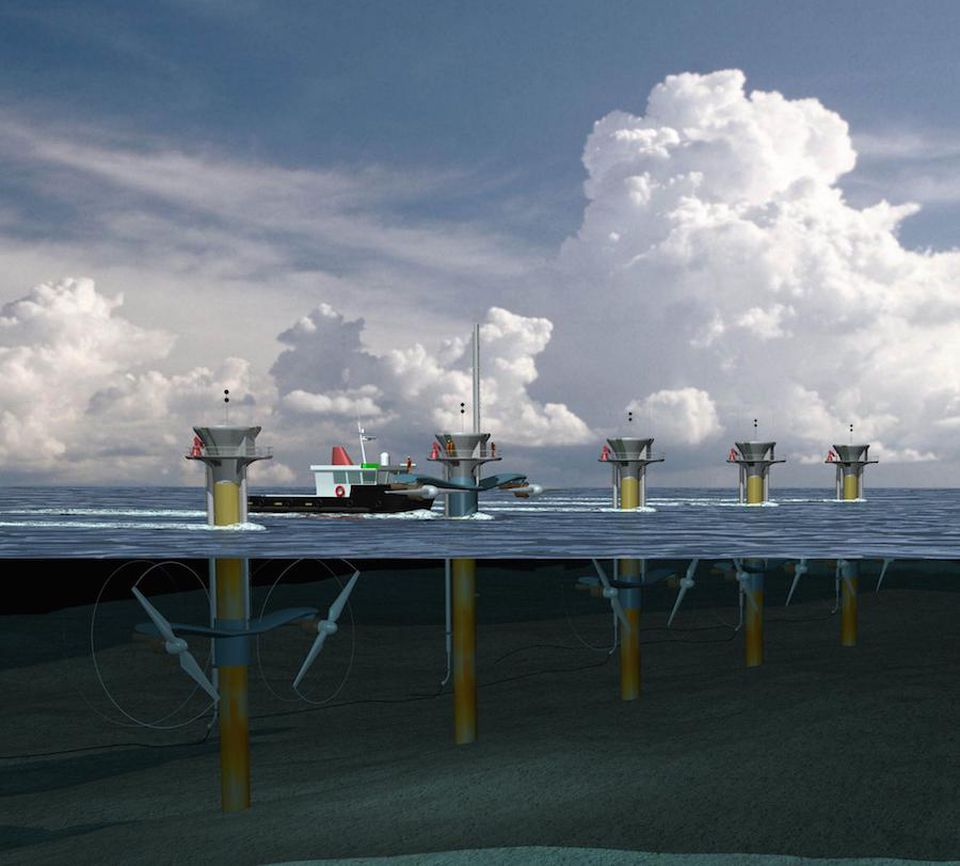 CAN - Government of Canada Invests in Tidal Power

The Government of Canada is committed to building a clean energy future to strengthen the economy, create good jobs and support the natural resource sectors. This commitment will be more important than ever as the economy is reopened and plans are made for recovery from the COVID-19 crisis.

The Honourable Bernadette Jordan, Minister of Fisheries, Oceans and the Canadian Coast Guard, on behalf of the Honourable Seamus O’Regan, Canada’s Minister of Natural Resources, accompanied by Lenore Zann, Member of Parliament for Cumberland – Colchester, announced a CAN$9.4 million investment in four tidal energy projects that will bring clean energy technologies to the Atlantic region and help Canada build a cleaner future.

Tidal energy is a renewable energy generated by ocean tides and currents. It has the potential to significantly reduce Canada’s greenhouse gas (GHG) emissions and improve local air quality by displacing electricity generated from fossil fuels.

The announcement took place following a tour of the Fundy Ocean Research Centre for Energy’s facilities in Parrsboro, Nova Scotia. The investments are:

The first project was funded through Natural Resources Canada’s (NRCan) Energy Innovation Programme, which provides support to projects reducing emissions, including GHGs, through research, development and demonstration of clean energy technologies, with the aim of meeting 2050 clean growth targets.