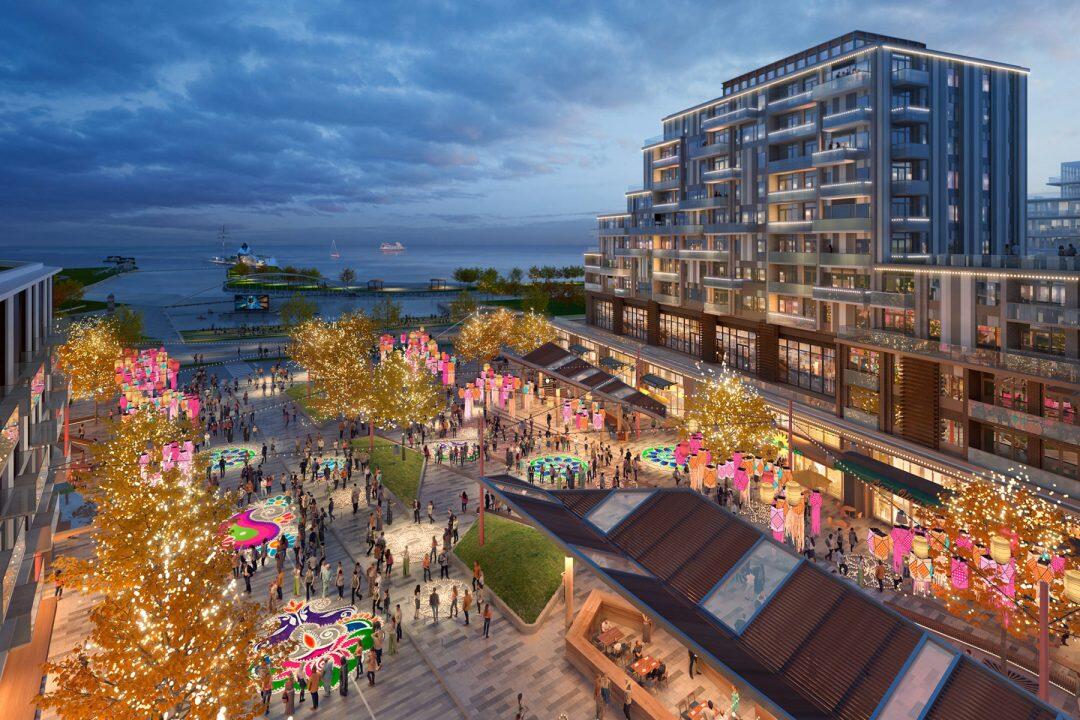 The vacant site of a coal-fired power plant on Lake Ontario is set to sprout 8,000 homes, 200,000 square feet of retail and 1.8 million square feet of offices under a plan to transform it into “destination waterfront.”

Lakeview Village, which would accommodate as many as 20,000 residents, is being led by a group including Argo Development Corporation, according to the Globe and Mail. The power plant’s former pier — the longest on Canada’s side of the lake — will be turned into a publicly accessible promenade.

The site, on 177 acres in Mississauga, would replace the remains of a plant demolished by the provincial government in 2006. Ontario initially planned to build a gas-fired power plant, along with one in nearby Oakville, but officials ultimately abandoned those plans in the face of opposition.

The redevelopment team was chosen in 2018. They submitted a plan to the city that year and received approval this November.

“It’s going to be a destination waterfront,” said Argo Development Vice President Brian Sutherland. “Our starting point is to take the foundations of a polluting power plant and turn it into the foundations for a green, coastal conservation area.”

The developers plan to incorporate environmentally friendly infrastructure including a central vacuuming system for garbage collection that’s been used in Sweden. They also want to cool and heat the development using lake water, using a system similar to one in downtown Toronto.