Pacific Northwest
Flood waters cover a neighborhood in Merritt, B.C., on Nov. 16, a day after severe floods prompted the evacuation of the city of 7,000. ARTUR GAJDA/REUTERS 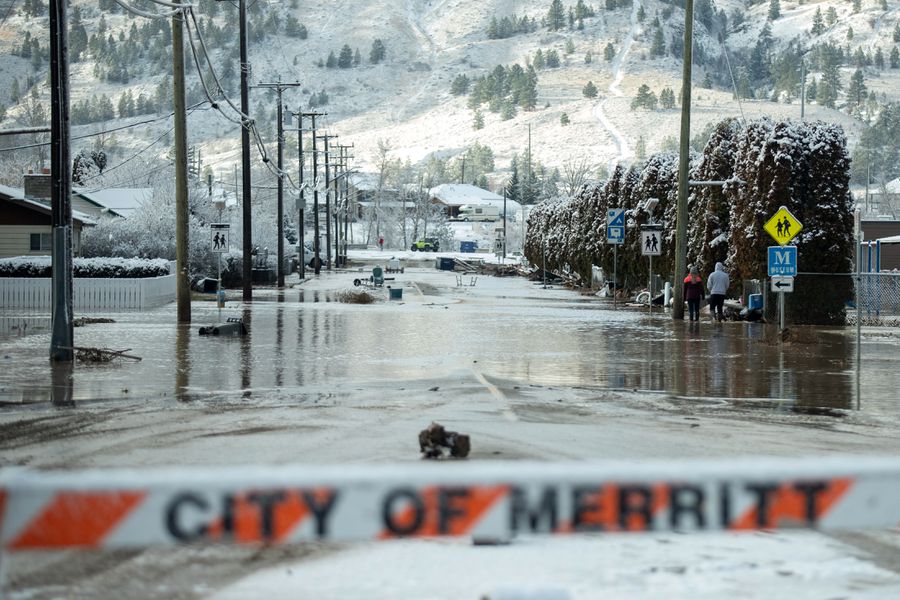 CAN - First fire, now floods: Why B.C. is trapped in a world of climate extremes

Extreme weather events are connected: With heat comes wildfires, and with wildfires come changes to the soil that can exacerbate the effects of heavy rainfall

The past few months will not soon be forgotten in Merritt, B.C.

During a record-smashing heat wave that devastated British Columbia this past summer, its population of more than 5,000 people endured temperatures reaching 44.5 C. Soon after, it was racked by drought conditions and was the subject of an evacuation alert because of nearby forest fires. And on Monday, an evacuation order for the entire B.C. Interior city was issued in the face of epic flooding.

These climate-change-fuelled extreme weather events are connected: With intense heat comes wildfires, and with wildfires come changes to the soil and vegetation that can exacerbate the effects of heavy rainfall.

Similar scenes played out across B.C. Other communities that have suffered extreme flooding and landslides include Princeton, Abbotsford and Hope.

Bridges were washed out, and numerous highways were cut off in both directions by multiple mudslides and flooding. Some stranded motorists were evacuated by helicopter. At least one person has died.

It’s all because of heavy rainfall from a phenomenon known as an “atmospheric river.” They occur commonly throughout western North America, but this one has dumped atypical amounts of precipitation throughout the region.

According to preliminary Environment and Climate Change Canada data, 20 communities across B.C. experienced record rainfall for a Nov. 14, including Abbotsford, Langley, Nanaimo, Vancouver and Victoria. Though the final tallies aren’t in, for some communities those are historic records.

“Abbotsford and Hope had their wettest days in their record-keeping,” said Armel Castellan, a warning preparedness meteorologist with Environment Canada. “It’s certainly above a 50-year return period, and actually over 100 in many locations.” (A 1-in-100-year event has a 1-per-cent probability of occurring in any given year – that is, exceedingly rare.)

Recent research has shown a rising trend in atmospheric rivers making landfall on North America’s West Coast in recent decades. As the world continues to warm, they’re expected to become even more frequent and more intense.

“It’s so important to point out the role that climate change plays in these kinds of events,” said University of British Columbia climate scientist Simon Donner.