International
Tens of thousands of fish died earlier this month in the Klamath River, the result of the McKinney Fire in Siskiyou County, Calif., just south of the Oregon border. Photo by Paul Wilson/High Country News 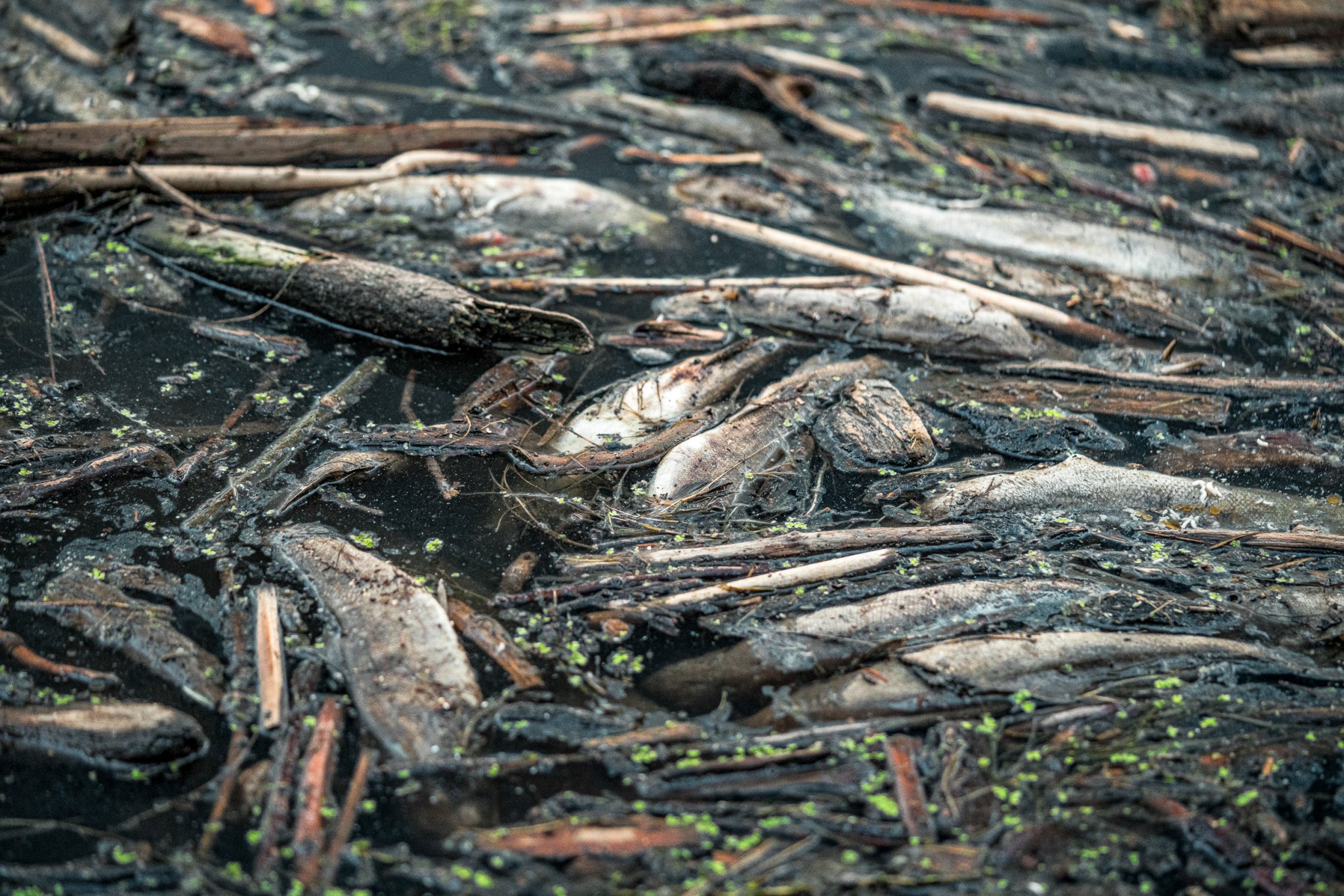 CAN - 'Everything that's in there is dead'

Tens of thousands of fish died earlier this month in the Klamath River, the result of the McKinney Fire in Siskiyou County, Calif., just south of the Oregon border. As the fire burned, thunderstorms and flash floods unleashed landslides of ash and mud into the water, causing parts of the river to swell even as its oxygen levels dropped.

“Everything that’s in there is dead,” said Kenneth Brink (Karuk), a field supervisor with the Karuk tribal fisheries program and a traditional fisherman. Brink, who was one of the first people on site to witness the fish kill, said the river appeared to double in size after the landslides, darkened by the thick plume of debris. For days afterward, even the whitewater was the colour and consistency of chocolate milk, thick with suspended particles. An “unbearable” stench reached as far as the highway, 100 yards away. “It was not for the weak-stomached,” said Brink. “It’s something I’ve never smelled in my life.” A few days later, the water was bubbling from submerged decomposition, and maggots appeared on the surface, Brink said.

Nutrients in a plume like this feed the growth of microbes and algae, Brink explained. And their profusion sucks oxygen out of the water, while the debris kills pre-existing forms of algae — a process that siphons yet more oxygen from the water, in a double-whammy of oxygen-depleting cycles. “It is a quick little poison concoction,” he said.

He estimated that the landslides immediately impacted an approximately 50-mile stretch of the Klamath between Humbug and Vesa creeks, two tributaries downstream from the Klamath’s lowermost dam.

“It’s also reaching close to the ocean now,” Brink told HCN. “So we don't know what the cumulative effects are going to be down there yet.” The plume of ash, mud and debris was making its way 150 miles downstream toward the mouth of the Klamath, where the fall chinook salmon run is just beginning. The largest salmon run on the river nowadays, it occurs each autumn when mature chinook travel upstream from the ocean to spawn where they originally hatched. Even though these salmon runs have been seriously impacted by industrialization, many Indigenous communities rely on them for sustenance.

“The adults are coming into the system down there,” said Brink. “We're scared. We're on edge. We're watching every day, hoping and praying that our tributaries dilute it.”

Brink said it’s possible that, as the debris washes downstream from the town of Happy Camp, more fish will be able to survive. “At Happy Camp, we have large tributaries, which start to dilute the river,” he said. “So the fish hopefully are going to be able to make it.”

Craig Tucker, natural resource policy consultant with the Karuk Tribe, said that as bad as this disaster is, it could have been much worse. “If it happened, or something like this happens, two or three weeks from now, it would definitely have a significant negative impact on adult salmon migration and spawning.”

Landslides of wildfire ash have poisoned tens of thousands of fish in the already-imperilled Klamath Basin.

The disaster underscores the importance of land management, according to Tucker. Traditionally, Karuk and other Native scientists managed the Klamath Basin with the help of controlled burns that not only prevented unmanageable wildfires but also nourished riparian foliage. That vegetation in turn sheltered salmon, cooled the water, attracted insects for salmon to eat and held the riverbanks in place with its roots, creating ideal conditions for salmon spawning and juvenile growth and preventing this very kind of disaster.