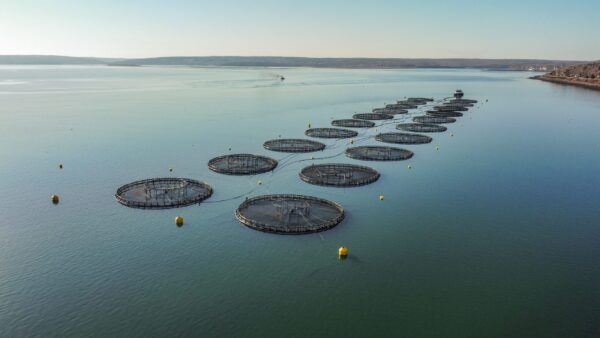 In a recent hearing before the Aquaculture Review Board, Kelly Cove Salmon Ltd. (a division of Cooke Aquaculture) acknowledged it’s been dealing with elevated levels of sea lice in two of its fish farm sites: Rattling Beach and Victoria Beach.

“It’s potentially Nova Scotia’s first sea lice outbreak after a long, long time, where the company and the government [have] been telling us that it’s just not an issue here,” Simon Ryder-Burbidge, marine campaign coordinator with the Ecology Action Centre, told the Examiner in an interview.

“Then they acknowledged that they were actually dealing with two concurrent sea lice outbreaks right now at both sites.”

At the time of the acknowledgement, Kelly Cove Salmon (KCS) was appearing before the Aquaculture Review Board, which will decide whether to approve the company’s application to expand the boundaries of its fish farm at Rattling Beach. That hearing wrapped on November 18. Should the Board approve the application, the Rattling Beach operation won’t actually expand; it’s been operating beyond its approved borders since at least 2015.

On November 15, the first day of the hearing, Cooke Aquaculture manager Jeff Nickerson told the board that KCS had been treating salmon for sea lice using medicated food for three weeks at their Victoria Beach site. That method had proved unsuccessful, so that day, he said, they were beginning mechanical treatments to remove the parasite. That treatment uses a converted supply ship to remove salmon from the pen and wash the sea lice off them with warm water. The ship used for this treatment was still docked in the area as of November 30.

Regarding the Rattling Beach site — where the company is applying for its boundary expansion — Nickerson said KCS is continuing to monitor sea lice levels to determine whether a treatment is necessary.

Nickerson also told the Board that the company had had to treat for sea lice at its Victoria Beach site in 2014.

Both sites are located near the Digby Gut, the narrow channel that connects the Annapolis Basin to the Bay of Fundy.

“So any wild salmon that might be left in that area,” said Ryder-Burbidge, “is going to have to swim right between these two sites to get to their home rivers in the Annapolis watershed or in the Bear River watershed.”

There are two groups of wild Atlantic salmon in the area. The Inner Bay of Fundy salmon were deemed endangered under the federal Species at Risk Act in 2003. The Southern Upland salmon have been deemed endangered by a different body, the Committee on the Status of Endangered Wildlife in Canada.