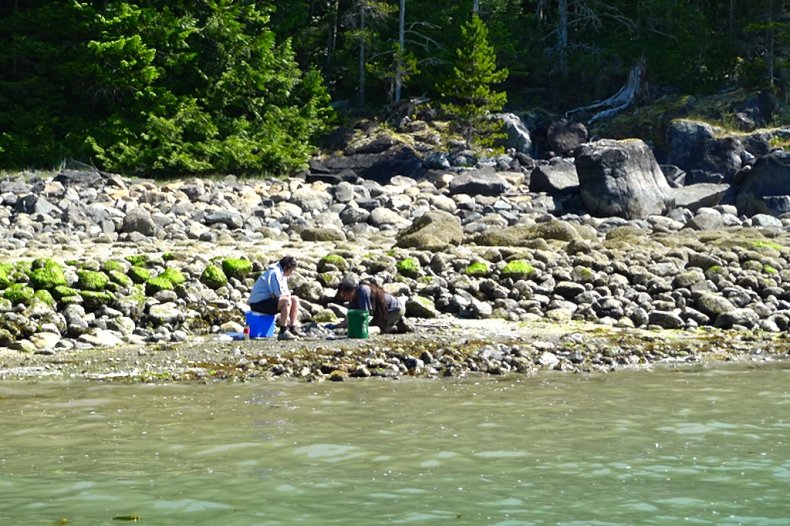 British Columbia's West Coast is a hotbed of activity when it comes to ancient aquaculture.

But Indigenous clam production on Quadra Island ­— located between the B.C. coast and Vancouver Island in the territories of the Laich-Kwil-Tach First Nations and northern Coast Salish — was especially intensive, said researchers Dana Lepofsky and Christine Roberts.

“Just around the northern end of Quadra Island there are around 89 clam gardens,” said Roberts, an archeologist and member of the Wei Wai Kum First Nation. “Clams were clearly a main staple. But when people died off and got sick and there were less people, (the gardens) were used less.”

The clam gardens are definitely crammed into every possible nook and cranny in Waiatt and Kanish bays in northern Quadra, said Lepofsky, a professor at Simon Fraser University and researcher with the Hakai Institute.

“So there’s something interesting about Quadra and the social and ecological context of that place,” Lepofsky said. “There are clam gardens everywhere you turn. And that’s not the same for other places on the coast.”