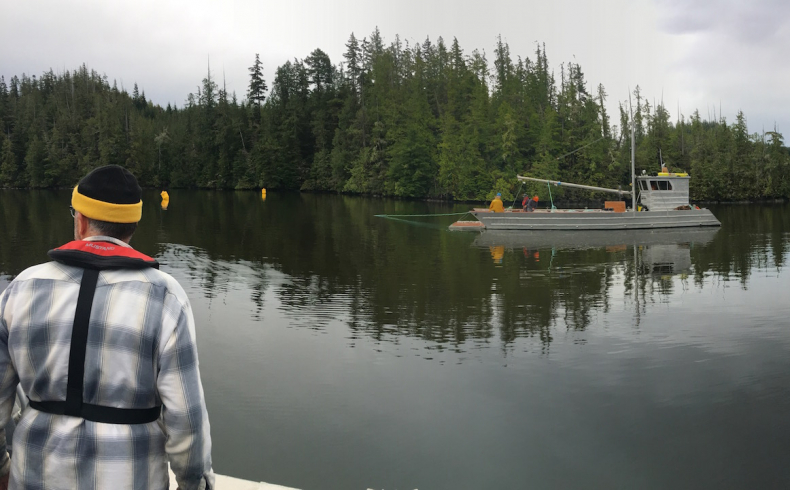 Larry Johnson takes the responsibility of his traditional name — Anii-tsa-chist, or Keeper of the Sea — bestowed to him three decades ago by a much-respected uncle very seriously.

“I’m very proud of the name,” said Johnson, the president of Nuu-chah-nulth (NCN) Seafood, and a fisherman descended from generations of fishermen.

“It is an honour to hold it and to try to live up to that name, and that's what I try to do every day,” he said.

It’s why Johnson is so excited by the prospects of seaweed aquaculture, one of the newest ventures NCN Seafood has undertaken in partnership with Cascadia Seaweed.

The First Nation owned enterprise had already been exploring opportunities around the commercial cultivation of seaweed though research projects with North Island College (NIC) when the newly formed aquaculture company, Cascadia, reached out, Johnson said.

Shared goals of providing economic diversification, employment opportunities and skills training for coastal First Nations communities make for a good partnership, he added. The two companies' operations on the west coast of Vancouver Island are expected to yield approximately 80 tonnes of seaweed this spring.

However, true to his name, Johnson thinks seaweed farming is ideal because it’s rooted in First Nations tradition and commitment to the sustainable use of resources.

“We knew exactly where we belonged and our role within this environment,” he said.