International
In June 2022, the Kitasoo Xai’xais Nation declared Kitasu Bay a marine protected area after it said the federal government had for too long delayed the establishment of a marine protected area network. On Thursday, that network inched closer to reality after a draft plan was released to the public.Kitasoo Xai'xais Nation/Moonfish Media 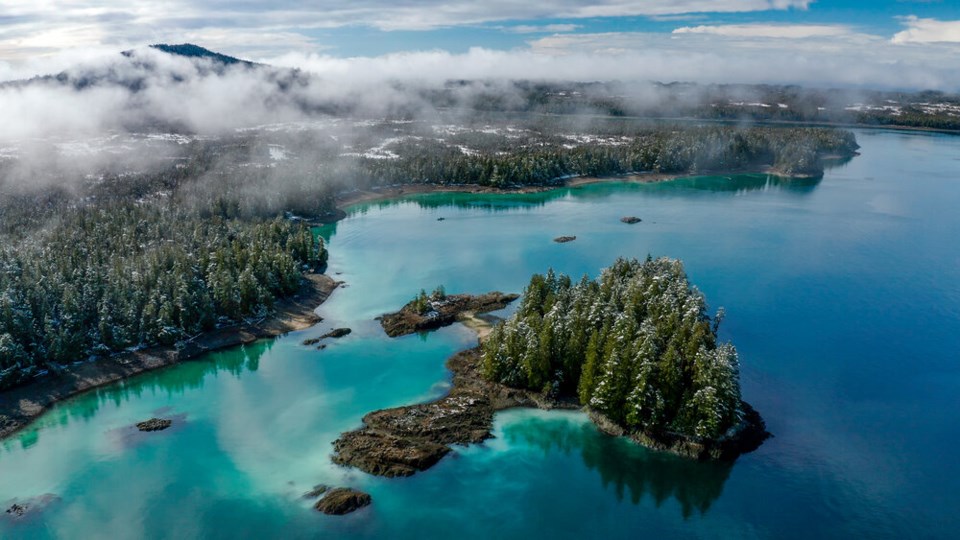 CAN - Canada's first network of marine protected areas slated for BC

The marine protected area network would stretch from Campbell River on Vancouver Island to the Alaskan border. But first, it must pass a public engagement phase.

A plan to create a vast network of marine protected areas stretching from Vancouver Island to the Alaskan border inched closer to reality this Thursday after the governments of Canada, British Columbia and over a dozen First Nations released a draft plan to the public.

If enacted, the marine protected areas (MPAs) would protect nearly a third of the Northern Shelf Bioregion — a 100,000-square-kilometre tract of ocean also known as the Great Bear Sea.

The network would help Canada achieve its own targets of conserving 25 per cent of the country’s oceans by 2025 and 30 per cent by 2030 — minimum thresholds scientists say are required to reverse biodiversity loss by 2050. While the proposed network would inch Canada 0.2 per cent closer to those targets, it would also create a blueprint for other sensitive marine ecosystems under threat across the country.

“Even though we've had years and years of delay, this is definitely the closest we've ever come,” said Kilian Stehfest, a marine conservation specialist with the David Suzuki Foundation.

“It’s really the pilot for other regions of Canada.”

The first marine protected area in Canada was established in 2003 around the Endeavor Hydrothermal vents, 250 kilometres off the coast of Vancouver Island.

Since then, 13 more swaths of ocean have been put under legal protection in a bid to preserve everything from Pacific glass sponges, to roving blue whales off Canada’s Atlantic coast, to Arctic feeding and breeding habitats for polar bears and seals.

Alone, scientists say no single chunk of the seabed can protect ecosystems that span entire coastlines or oceans. A network of protected ecosystems, however, could offer ocean-trotting whales or salmon a refuge in the same way intact wetlands give sanctuary to migrating birds.

That's important in B.C., where the province's coastal ecosystems face a complicated set of pressures from a variety of human pressures — and increasingly, climate change.

Since humans started burning vast quantities of fossil fuels in the Industrial Revolution, the world’s oceans have helped cushion the effects of a warming climate by absorbing and storing heat. But many ocean creatures can only handle so much warming before they die or are forced to move to cooler waters.

Another problem for the web of marine life comes from increasingly acidic oceans.

When carbon dioxide mixes with sea water, the gas transforms into carbonic acid. The more acidic the ocean, the less calcium carbonite it can hold — a key ingredient sea creatures use to grow shells and coral species use to expand their life-supporting reefs.

Over the past 250 years, human-produced carbon dioxide has led to a 30 per cent spike in ocean acidity, threatening the survival of entire marine ecosystems that require the right pH balance.

No amount of MPAs will reverse climate’s impact on ocean life, but they could help limit local threats from a number of human activities, including fishing, aquaculture, shipping traffic, tourism, oil and gas extraction, and coastal development.

“[It’s] a bit of an insurance policy,” said Stehfest.

This isn't the first time a network of MPAs has been deployed as a hedge against threats to the ocean.

In California, early research has shown its network of 124 MPAs — together spanning over 16 per cent of state waters — has helped to boost stocks of rockfish and beds of endangered black abalone since they were introduced a decade ago. In one group of islands under protection, the density of fish species was 50 per cent higher than outside of the network.

Protecting swaths of ocean could also generate millions of metric tonnes of food that wouldn’t be available without them.