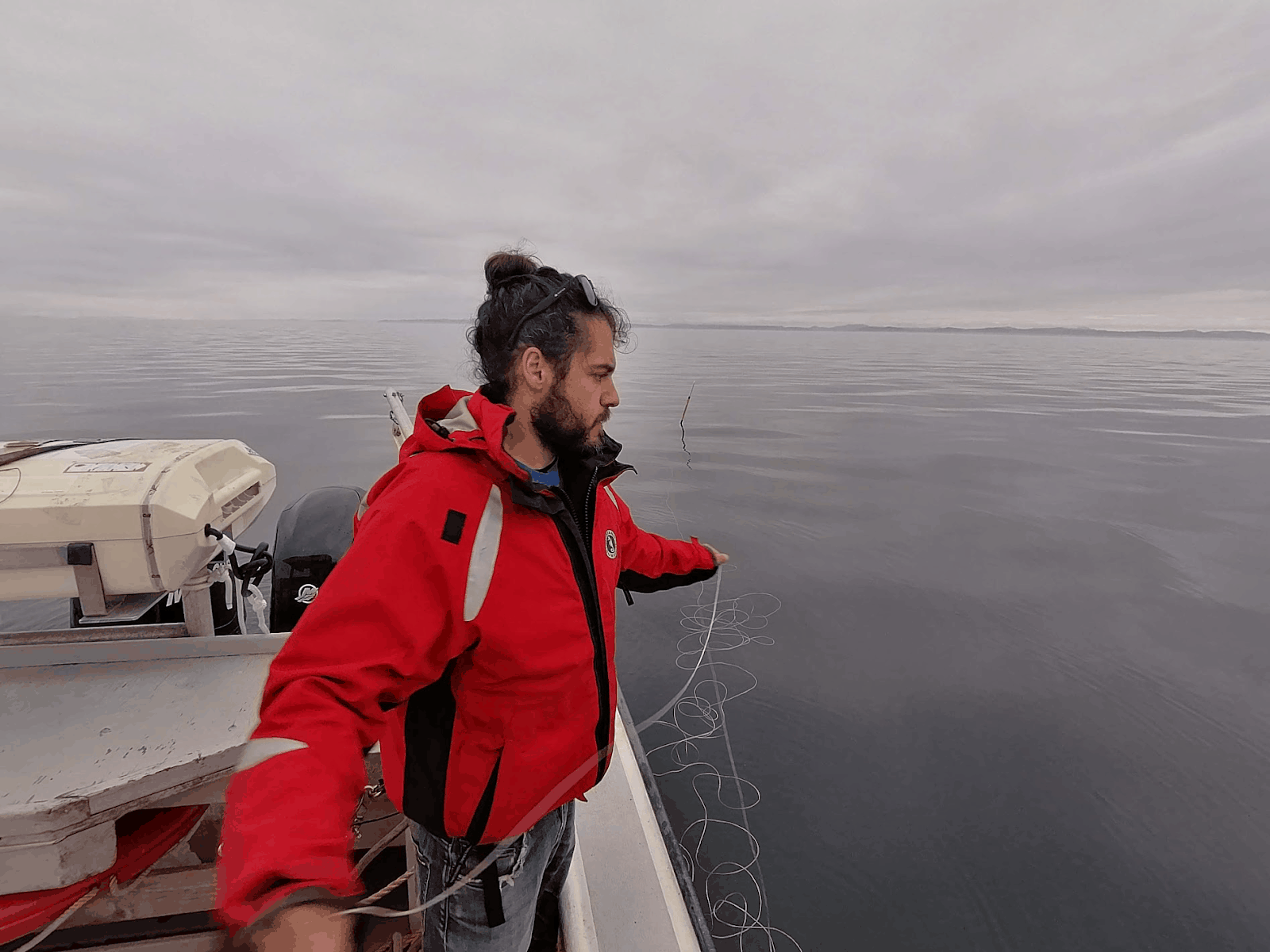 CAN - As the Climate Changes, So Does Managing Fisheries

Over 20 years ago, DFO recognized that “changes in climate cannot be ignored.” Why is it taking so long to put this insight into practice?

Dr. Frédéric Cyr has two hands on the line he’s releasing into Trinity Bay. At quick glance, it looks as though Cyr is handlining cod. But there’s no bait in his boat and no hook on the end of his line.

Instead, the line connects to a sophisticated oceanographic instrument.

The SeaExplorer ocean glider is a bright yellow, dolphin-sized robotic underwater vehicle that measures a range of parameters like ocean temperature and salinity, transmitting that data back to shore. Deployed for weeks at a time, the glider, like other oceanography tools and instruments, provides data that offers climate change clues about the ocean, the fish, and the entire marine ecosystem.

Data like this populates the Newfoundland and Labrador (NL) climate index, which describes the environmental conditions on the NL shelf (the continental shelf extending from Labrador to the east coast of Newfoundland, including the Grand Banks) and in the Northwest Atlantic as a whole. At the beginning of May, Cyr—who is a research scientist with the Northwest Atlantic Fisheries Centre at Fisheries and Oceans Canada (DFO) in St. John’s—released the first-ever publicly available version of the climate index along with an accompanying scientific paper (co-written with colleague Peter Galbraith), describing its use.

“There’s no more closed doors,” Cyr told The Independent. “This allows the public to collaborate with academics. It’s the new generation of doing science.”

The NL climate index “provides continuity in the production of advice for fisheries management and ecosystem status on the NL shelf,” write Cyr and Galbraith. But a new report, also released in May by Oceans North—a non-profit focused on marine conservation in partnership with Indigenous and coastal communities in Atlantic Canada, the Arctic, and Greenland—argues Fisheries and Oceans Canada is failing to incorporate climate change into fisheries management decisions.

DFO formally recognized the need to take climate change into greater consideration in fisheries management decisions five years after the 1992 east coast cod fishery collapse. In 1998, the federal government established the Atlantic Zonal Monitoring Program (AZMP), which follows  climate change and variability in the Northwest Atlantic. (The NL climate index is predominantly populated with data from scientists affiliated with this program). In the AZMP’s founding document, the authors argued: “changes in climate cannot be ignored as an explanation for fluctuations in marine resources.”