West Coast
High surf pummels homes along Faria Beach in Ventura County. In just the next decade, the sea could rise more than half a foot.(Al Seib / Los Angeles Times) 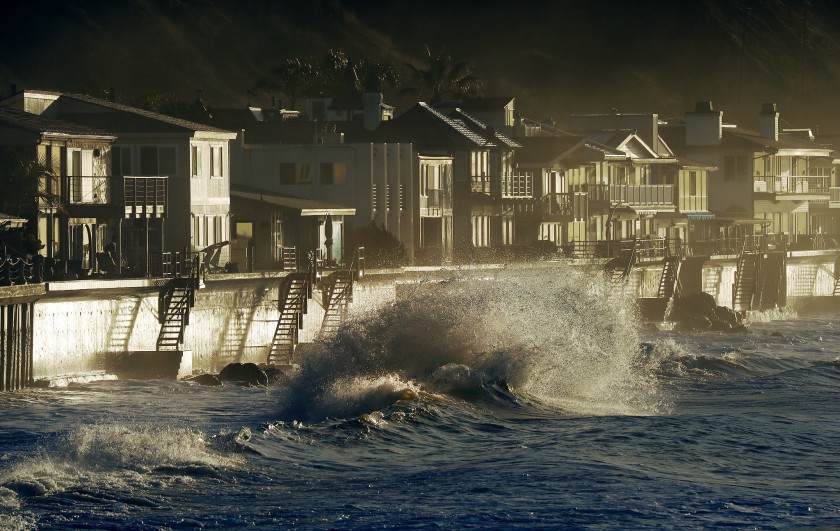 In one of the most comprehensive assessments of the crisis that rising seas pose to California, an influential state panel on Tuesday urged local officials to take ownership of the issue and lawmakers to move fast and consider much-needed legislation.

The Legislative Analyst’s Office, a nonpartisan arm of the state Legislature that lawmakers turn to for fiscal and policy advice, found that the state was already behind on the issue and made the case that any action — or lack of action — within the next 10 years could determine the fate of the California coast.

In just the next decade, the sea could rise more than half a foot — with heavy storms and cycles of El Niño projected to make things even worse.

Critical roads and infrastructure are already mere feet from toppling into the sea and homes are flooding, but cities up and down the coast have been paralyzed by the difficult choices ahead. Failure to act will result in lost opportunities to be proactive — and much higher costs, the report concluded.

The report serves as a road map for lawmakers as they think about bills and budget priorities for next year.