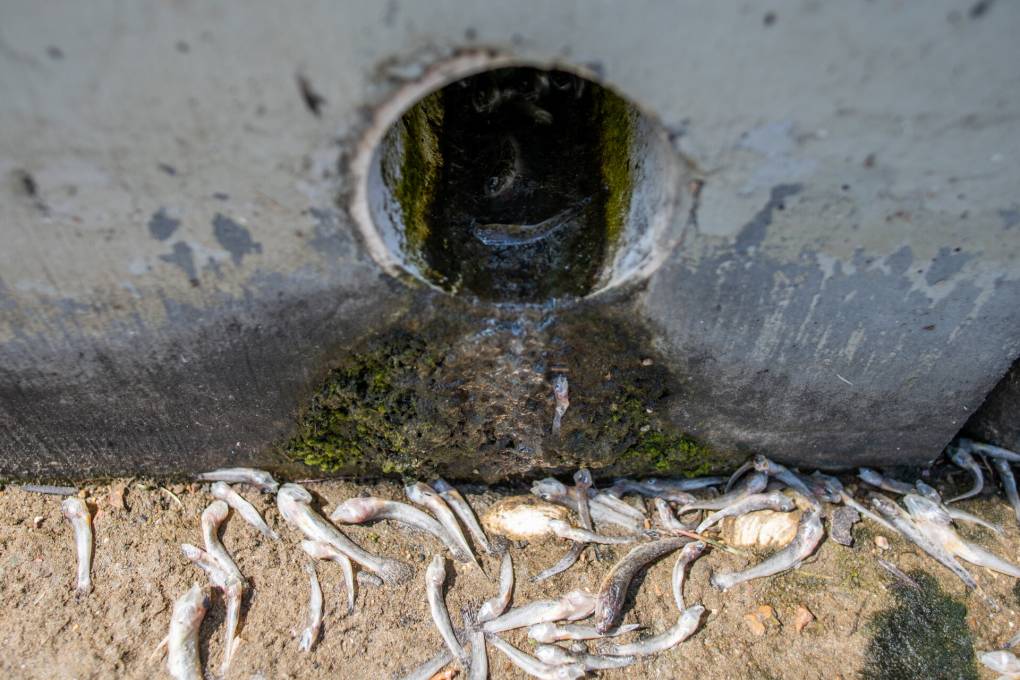 CA - Why Are There So Many Dead Fish in San Francisco Bay? And What Can We Do About It?

By now, many people have seen, or even smelled, the thousands of fish that have washed up on shores all over the Bay Area. Scientists say it's likely the result of an algal bloom that's grown over the past month or so, but they also say there are things we could have done to prevent it.

San Francisco Baykeeper, an environmental watchdog for the San Francisco Bay, first received reports of discolored water in late July. The organization patrols the bay and investigates reports of pollution, and then holds polluters and public agencies accountable.

'We really need to take this trauma and turn it into a focus on cleaning up our mess and living within the limits that nature prescribes.'Jon Rosenfield, senior scientist, SF Baykeeper

The San Francisco Bay is known to have algal blooms, particularly during the summer, that are small and usually don't last that long. But this one has lasted over a month now, which is unprecedented, according to Jon Rosenfield, senior scientist with SF Baykeeper.

He said they started to get reports of dead fish washing up on the Foster City shoreline. “A few sturgeon appeared there. Sharks. Striped bass. Things that you don't usually see washed up,” Rosenfield said. “Lake Merritt had the most graphic documentation and dramatic images of the fish kill, but it certainly wasn't limited to Lake Merritt in any way. Central San Francisco Bay, but also the South Bay down by San José and then the North Bay as well as up in the Vallejo area.”

Rosenfield said that since then, they've continued to get reports of dead or dying fish washing up on the shoreline. He sat down with Alan Montecillo, editor of KQED’s The Bay podcast.

The following excerpts have been edited for length and clarity.

ALAN MONTECILLO: Do we have any idea yet how many fish have died?

JON ROSENFIELD: It's an unimaginable number of fish. Whatever you're seeing on the shore or even floating in the water is literally skimming the surface of the actual event.

Lake Merritt was particularly dramatic because it's not very deep, so you can see everything. It's really an uncountable number of fish.

We know that these fish have died as a result of an algal bloom. What is an algal bloom and how do they typically form? What has been so dangerous about this algal bloom in the bay?

A bloom is when the reproduction of a particular organism kind of goes out of control. And so that's what's happening here — a particular organism, heterosigma akashiwo, grew out of control. An algal bloom of any size can lead to low dissolved oxygen in the water as the algae die. Other things are consuming it in the water and their populations then go off the charts and they're sucking the oxygen out of the water. And then fish don't have enough oxygen.