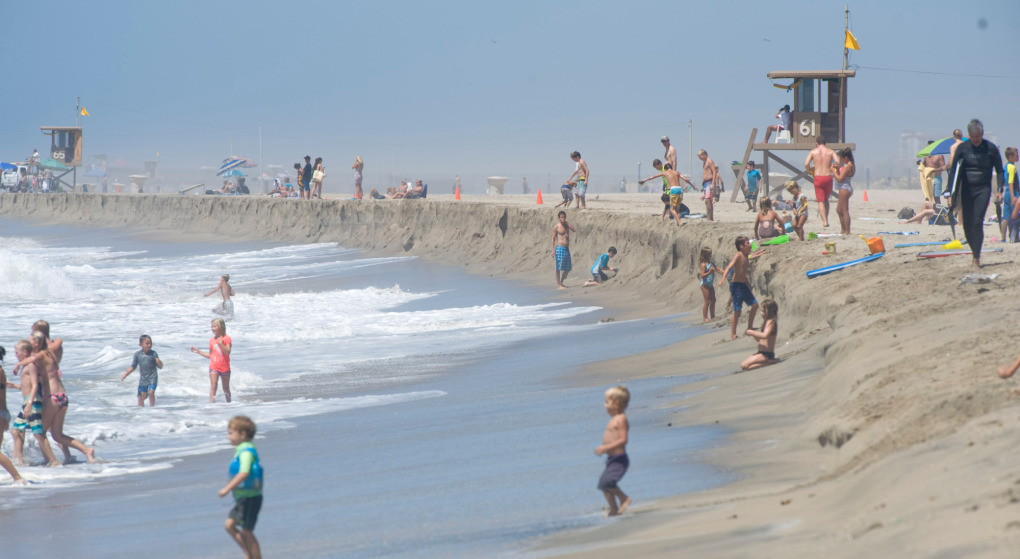 The sand is chomped away in Newport Beach after a storm causes erosion. Officials in northern Orange County coastal towns are wondering why the federal government hasn’t been able to fund projects to keep the beaches sandy.

Sea-level rise is often pointed to as the unbeatable culprit chomping away at Southern California’s most popular asset. But rising seas aren’t the only reason the coastline is disappearing.

Decades of development along the coast blocked sand flow to beaches. Local shores historically have had a helping hand from the federal government in staying wide and sandy, but that assistance, like the sand itself, has dwindled in recent years.

City officials in Newport Beach and Huntington Beach are concerned the U.S. Army Corps of Engineers has yet to funded the major sand replenishment project that for decades kept the northern section of Orange County’s coastline flush with sand, providing a buffer between the ocean and communities and protecting a major economic driver for tourism to the region.

“It’s harmful to our beaches to not replenish our sand. It’s just time to do it, it’s way overdue,” Newport Beach Councilwoman Diane Dixon said. “It needs federal funds.”

Huntington Beach and Newport Beach city councils in recent weeks have passed resolutions to show they still support one of the region’s biggest sand replenishment projects, the Surfside-Sunset Beach Nourishment Project. Typically undertaken every five to seven years since the 1960s, the project plants sand that the ocean currents and waves then spread along the 12 miles from Alamitos Bay to Newport Beach.